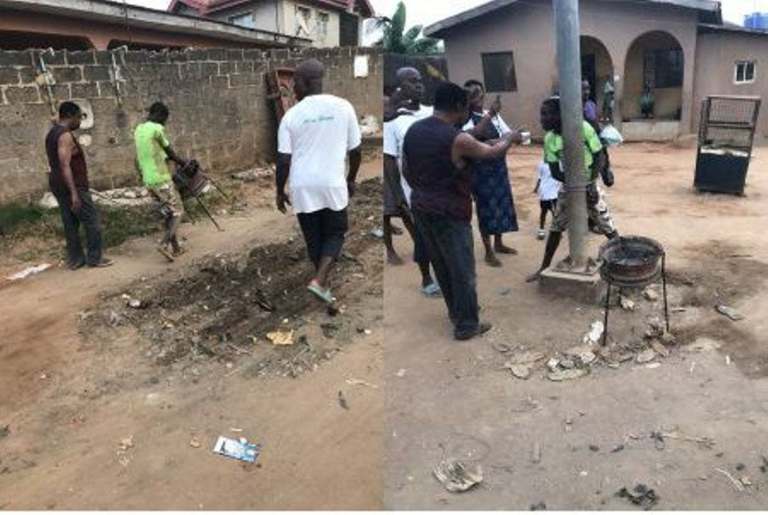 According to an eye witness, who pleaded anonymity, some residents of Onimalu caught Sunkanmi with the cooking stand and demanded an explanation from him but he could not give a satisfactory account of the item.

A relative of the teenager, who was at the scene, said that his mother had given him money to go and learn any handiwork. NAN reports as Sunkanmi was still tied on the pole, his mother rushed to the scene and beat him so much that the mob quickly untied him and shielded him from his mother’s fury. Sunkanmi told the crowd that the cooking stand belonged to his mother and he stole it with the intention of selling it.

He claimed that he wanted to sell the item to raise money to take care of himself. “I decided to steal it and sell because I am not well taken care of,” he said. He was later released to his mother with a warning never to engage in crime again. [NAN]