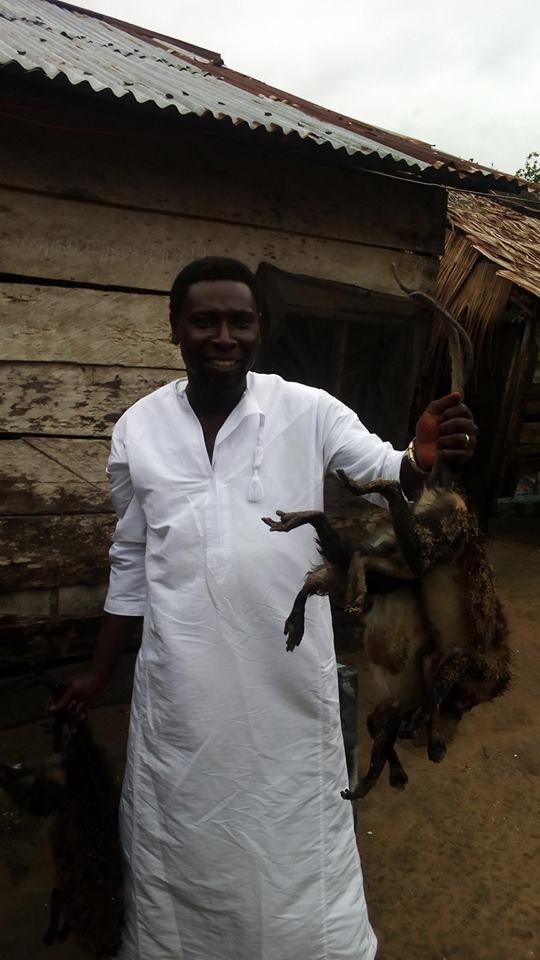 In defiance of Federal Government’s warning to Nigerians not to eat monkey following the outbreak of monkey pox disease said to be transmitted through the animal, Vure Kingsley Ovonix Snr from Rivers state has been pictured with monkeys he killed.
Vure said that the monkey will be used for peppersoup and diluted with ‘kai kai’ (local gin).