More Trouble For RIVERS APC Over Who Gets Guber Ticket 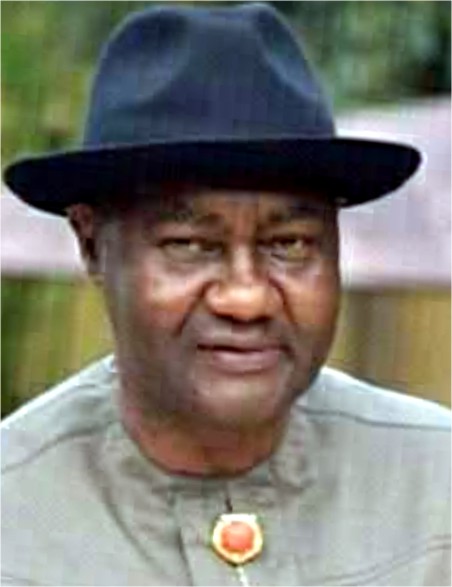 The choice of Pastor Tonye Cole as a consensus candidate for Rivers State All Progressives Congress (APC) for the March 2023 governorship election has been rejected by a factional group, led by Senator Magnus Ngei Abe, who is also a contender in the 2023 gubernatorial election under the platform of APC in Rivers State.

Senator Magnus Abe hails from the Gokana Local Government Area of Ogoni ethnic nationality. According to political pundits, since the creation of Rivers State on the 27th of May, 1967, the Ogonis have not had a shot at the highest seat of governance in the state. Not even as Speaker or Head of the Judiciary, all being arms of government in Rivers State.

It is on this premise that the Ogoni ethnic nationality to which Senator Magnus Ngei Abe belongs is asking political leaders and opinion holders to consider the Ogonis as equal stakeholders in the governance of Rivers State. However, the current Minister of Transportation and leader of APC in Rivers State, Rt. Hon. Chibuike Rotimi Amaechi and his supporters are of the opinion that political power this time should be ceded to Riverine Ijaw ethnic nationality as they have never been elected as Governor of Rivers State. The only position they have held is that of Speaker and now Deputy Governor.

In 2018, preceding the 2019 governorship election in Rivers State, Senator Magnus Abe’s loyalists were denied participation in the botched congresses held by followers of Rt. Hon. Chibuike Rotimi Amaechi as the Supreme Court of Nigeria’s judgement excluded Rivers State Chapter of APC from fielding any candidate for election into Rivers State House of Assembly, Federal House of Representatives, Senate and governorship positions. Before this ruling, the Amaechi-led faction had already nominated Pastor Tonye Patrick Cole as a gubernatorial candidate of the APC. This brought about a crisis, which has been carried over to the 2023 election of officers into Rivers State House of Assembly, Federal House of Representatives, the Senate, and governorship candidates’ primary elections. It is clear that APC in Rivers State is still enmeshed in disagreement about how the election of their flag bearers will emerge as a consensus process, it is alleged excluded Senator Magnus Abe’s followers who have the interest of being elected into offices as stipulated by Independent National Electoral Commission (INEC).

The controversy trailing Pastor Tonye Cole’s consensus emergence has not died down as a group of governorship aspirants numbering about 12 converged at a meeting where they all agreed to subject themselves to the Council of Elders who should nominate a consensus candidate for the Rivers State APC. It was learnt that Senator Magnus Abe was not present at this meeting and some other governorship aspirants and party leaders not loyal to the Minister of Transportation Chibuike Rotimi Amaechi were not present at the supposed meeting. Hence the rejection of the outcome.

Before the decision to nominate Pastor Tonye Cole was taken, all the 10 Governorship aspirants plus two that later joined the meeting were asked to stay away until the wee hours of Thursday, 22nd of April, 2022 when they were recalled into the meeting and the decision of the stakeholders announced to Amaechi and the 10 governorship contestants.

One of the most vocal agitators of free electoral participation in Rivers, Barrister Worgu Boms, a former Attorney General and Commissioner for Justice during Amaechi’s governorship administration, has come out to condemn the emergence of Pastor Tonye Cole and the way and manner he was selected as a consensus candidate without Senator Magnus Abe’s group in APC being carried along.

READ ALSO: 10 THINGS EVERY WOMAN WANTS IN A RELATIONSHIP

More Trouble For RIVERS APC Over Who Gets Guber Ticket was last modified: May 2nd, 2022 by City People

10 Things Every Woman Wants In A Relationship