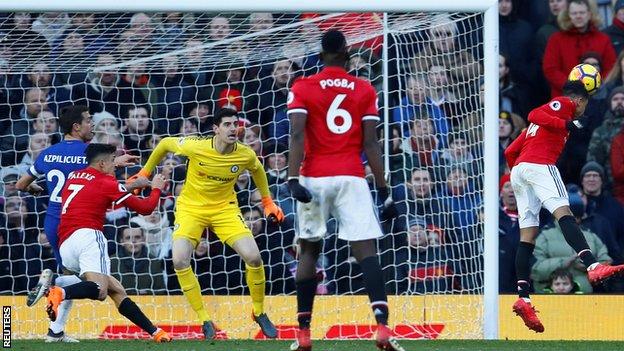 Manchester United manager Jose Mourinho has got issues to sort out right through his team but Jesse Lingard is probably giving him his biggest problem at the moment – in the best possible way.

Lingard came off the bench to get United’s winner against Chelsea on Sunday, continuing his brilliant scoring form.

He brings so much to the United attack when he plays, either on the right or more centrally behind the center-forward, but since Alexis Sanchez signed for United, he has started only three out of their seven games.

I can understand why, because Mourinho has got a lot of attacking options – but with Lingard playing the way he is, surely he cannot ignore what he has got to offer.
His winner was massive for United – and not just because it means they are back in second place and six points above Chelsea in fifth.

It’s been a difficult month for Mourinho’s side, especially away from home – with their performance against Tottenham, their result at Newcastle and a lot of talk around Paul Pogba when he was left out of the team.

Things were getting a bit negative and they needed a big performance and a big moment. Lingard helped to provide it.
Lingard might not be able to get into the United side but he should be nailed on for England. He is at the point now where he has to start for Gareth Southgate’s side at this summer’s World Cup.