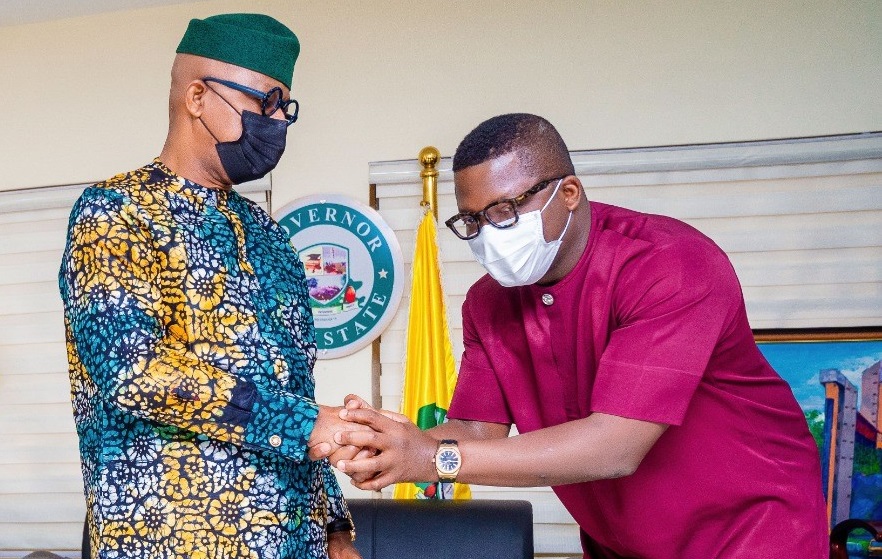 Three and half years have gone and the scorecard is very clear. The doers have been separated from the talkers! I will never forget when I went above and beyond the call of duty to register my mobilise support for my Egbon, my friend and Governor, His Excellency, Prince Dapo Abiodun; not only because he was ambitious to become the Governor, but because of his capacity as a person. He has honestly transferred his outstanding achievements in the private sector to his capacity as a public servant. As a son of Ogun state, I am super excited to see all his flamboyant accomplishments in the state.

It is no longer news that Governor Dapo Abiodun is strategic and intentional about transforming Ogun state into the industrial capital of the continent, particularly with the new Ogun state Agro-Cargo Airport which is dubbed to be the first truly International Cargo Airport in Nigeria and the fastest constructed airport in the continent. Construction started in less than a year and it is set to be launched in December 2022. Setting the standard so high has always been the mantra of Governor Dapo Abiodun, we are not surprised that the consultant working on this project is the same consultant that designed the Dubai Airport and other international airports around the world of such standards, including the one in Abu-Dhabi Airport.

From June 2019 till date, the Governor has constructed and reconstructed roads spanning 270.88 Kilometres. In addition, over 300km of roads have been rehabilitated across the state within the period under review.  From the rebuilding of the Abeokuta-Sagamu interchange road to the Epe-Ijebu Ode Expressway, and the different infrastructural development, including improvement in Education and Quality Healthcare, I was very excited and privileged to sit down with the Governor this morning and listen to the things he has done and his lofty dreams for his next term, God willing.

Through the persuasion of the Governor, I see that National Inland Waterways Authority (NIWA) has already started building a jetty in Iwopin Beach, which will leverage and explore the waterway and shipping potential of the state, driving another source of revenue through the port services.

Having competent people to lead institutions is one of the hallmarks of Governor Dapo Abiodun’s administration and we were not surprised when he appointed Arc. Abiodun Fari-Arole,  a super architect and a successful businessman who has also committed himself to driving the OPIC institution to the next level. With over 21 million housing deficit in Nigeria, it is no doubt that affordable housing is also an integral part of Governor Dapo Abiodun’s infrastructural master plan. I was opportune to visit some of the OPIC estates and notable housing projects across the states and I must admit that I am proud to have a Governor that is a man of his words, one who takes fulfilling his promises a serious business. Notable among the state housing projects embarked upon are Prince Court Estate located at Kemta Estate, Idi-Aba, Abeokuta under the First Phase of the project as well as the ongoing 2000 units, including King’s Court Estate (Abeokuta); Laderin Civil Servants Scheme; Ilaro, Ota; Ijebu-Ode and Sagamu.

My visit to Ogun state to see the Governor was also an opportunity to stop by at our Povidus Bank Abeokuta Branch Project, which is slated to be completed by the end of September 2022. The project, a 21st-century banking hall that will change the skyline of Abeokuta and influence the narrative for Architectural design in the banking industry forever. Thanks to Providus Bank for believing in Sujimoto and giving us an opportunity to do what we love to do best.

If there is one thing I have learnt from the achievements of the Ogun state government in less than four years, is that nothing can stop the extraordinary vision of a man who has made the ultimate and sincere interest of his people, his ultimate goal. Leadership thrives on a collective vision! The gateway state under the leadership of His Excellency Prince Dapo Abiodun is definitely on the path to greatness.

Sijibomi Ogundele is the Group Managing Director and CEO of Sujimoto Group, the No.1 Luxury Real Estate Company in Nigeria and the Developer of GiulianoBySujimoto which is home to Nigerian-American singer, Davido; LucreziaBySujimoto which is set to be the most sophisticated high-rise in Africa, a 14-storey tower with incredible premium features and facilities; the LeonardoBySujimoto waterfront building – a 24 storey luxury tower with exceptional amenities; the QueenAminaBySujimoto, a first-of-its-kind luxury tower located in highbrow Abuja; and the developer of the proposed Sujimoto Tower in Downtown Dubai. He is also the SSA to the Governor on Works and Housing.