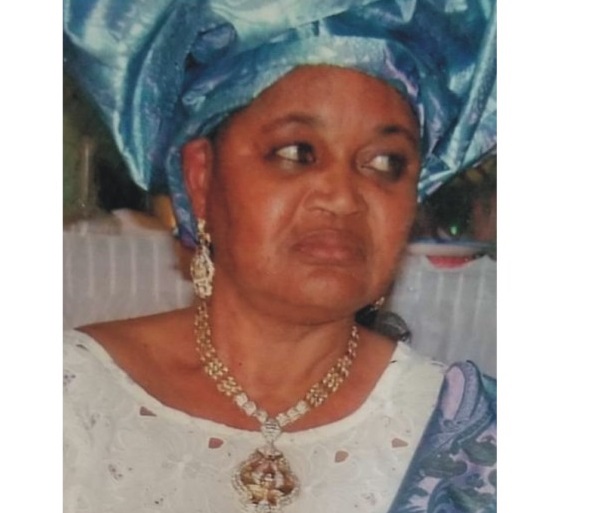 Lagos is about to witness a big burial ceremony in Lagos for 3 days this week. It is the burial of Mrs. Esther Ebun Sule Eke, who died at 83 and who is survived by successful children, grandchildren and in-laws.

According to the burial arrangement, the rite of passage begins on Thursday May 3rd, 2018, with the Service of Songs at 14, Ogunjimi Street, Agege, Lagos. Time 4pm. On the next day, May 4th, 2018, there will be Funeral Service at Diocese of Lagos West Anglican Communion at 9am on Oba Akinjobi road, GRA, Ikeja, Lagos.

Interment follows after at 14, Ogunjimi Street, Agege Lagos. On Saturday, May 5th, 2018, there will be a big reception for guests at Times Square Event on 27, Ajao road, Off Adeniyi Jones, Ikeja from 10am.

She is survived by Big Babes and Big Boys. 2 of them are based in the US and their friends are flying down for the burial. As at weekend over 30 US-based Naija-born big babes have arrived and are fully prepared for the grand event. The 2 kids based in the US are: Bukky Ebun and Oloori Ekundayo Ebun.

Lets tell you a bit more about Madam Esther Olufumke Sule Eke who was born to the family of Pa Johnson Bodunde Adewole Elesho, and Miss Comfort Idowu Elesho. She is an indigene of Akure in Ondo State. Mrs Esther Olufunke was born on the 23rd of February 1935 at Effon Alaye, where her father was working. She attended Catholic Primary School, Idagba in Efon-Alaye in the year of 1941-1947. She returned to Akure from Efon-Alaye with her father in 1953, owing to Financial difficulties she was unable to further her education. Mrs Olufumke started learning tailoring {fashion designing}from 1955 to 1958.

Mr Jacob Ebun Sule Eke was a loving and dedicated husband and  father to his family. Mr Jacob, and Mrs Esther lived a very beautiful life together for over 25years before the cold hands of death took him away from his loving family. The late Jacob Ebun Sule Eke died in 1984 during the political unrest in Akure. After the demise of Mrs Esther Olufunke’s husband in Akure, she relocated to Lagos with her young beautiful 6 children where she started a new chapter of her life with her children and without her loving husband for the first time, and she vowed never to marry another man, but to use every sweat and energy to her by God to raise the 6 children her husband had left with her. Mrs Esther Olufunke faced lots of challenges in Lagos as a single mother of 6, but with God watching over her and her children. Mrs Esther over came all challenges on her path.

Mrs Esther Olufunke was an industrious, energetic, kind, loving, caring, mother. Mrs Olufunke did everything within her power to raise her children without her husband by her side for 34 years before she finally went to sleep in the Lord.

With 2 of Mrs Olufunke Esther Ebun’s children, Oloori Ekudayo Ebun, and Bukky Ebun living in the United State’s, she had an opportunity to visit the U.S in 2003, and stayed for 3 years. She helped her 2 children to raised her grandchildren Whitney, David, and Esther. She returned to Nigeria in 2006, went back to the U.S again, and again. Mrs Esther Olufunke Ebun lived a fruitful, God fearing, and great life. She was blessed, and is survived by 6 Children..Late Bankole Ebun, Mrs Abiola Ebun Awosusi, Mrs Oloori Ekudayo Ebun, Omolara Ebun Balogun, Remilekun Silver Ebun, Bukola Ebun, and 12 grandchildren, great grandchild, son in-laws, sister, brother, nieces, and nephews.