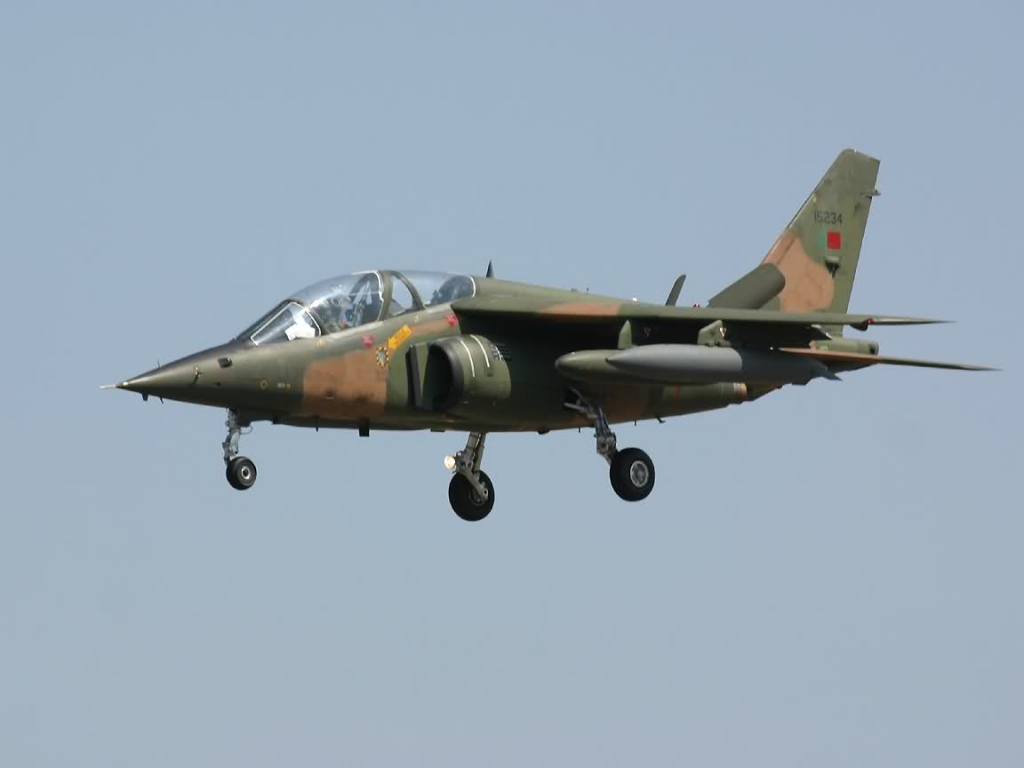 The Nigerian Air Force (NAF) has successfully destroyed a logistics base concealed by fleeing Boko Haram Terrorists in Sambisa.
Two fleeing terrorists were tracked by NAF Intelligence, Surveillance and Reconnaissance (ISR) aircraft to the concealed location where they had gone to retrieve some items before fighter aircraft were called-in for strike.
The coordinated attack was carried out by a formation of two Alpha Jet and an F-7Ni fighter aircraft while the ISR aircraft remained overhead the target location to guide the attacking aircraft as well as provide battle damage assessment.
The huge inferno generated by the attack suggests that the target location was either a fuel or ammunition dump as can be seen from the declassified footage of the air strike.
The latest air strike is another major feat in the renewed air effort by the NAF to neutralise the fleeing terrorists as well as decimate their capability to regroup for attack on own surface forces and people within the nearby communities.
You are please requested to disseminate this information through your medium for the awareness of the general public. Thank you for your usual support and cooperation.

EXCLUSIVE MOMENTS : WHEN NIKKI AND ADEYEMI...