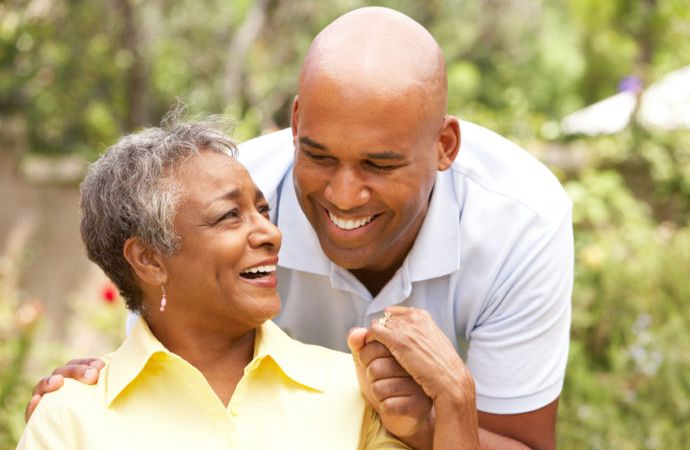 How healthy is your marriage? That depends on how well you’re managing the other woman in your life – your mother

She held you as a baby. She picked out the outfits you wore, and she stuck Superman sticky plasters on your knee when you fell off your bike in the dirt. She’s your mother and you love her.

But she’s also your wife’s mother-in-law and the way you manage their relationship could be the difference between a happy marriage and a family meltdown.

If your wife and your mum don’t get along, you’ll find yourself in the middle of a particularly unpleasant triangle. Anthony Hawthorn is a marriage counsellor at the Family and Marriage Society of SA (Famsa). He works with couples who’ve landed up in this triangle.

“There’s no easy way around it,” he says. “As counsellors, we find that the best time to confront this dynamic is before the couple even gets married. We’ll give them a scenario and say: ‘Your partner says one thing, your mother says another thing, and you’re caught in the middle. What’s the right thing to do here?’ Often men will try to find a middle ground, trying to keep both their partner and their mother happy. And that’s great, but what if you can’t?”

Ultimately, as the man in the middle, you are going to have to make a choice – either picking the side of the woman you married or the woman who raised you.

“There’s only one person who can break that deadlock,” says Hawthorn. “And that’s you. The best way to do that is to establish very clear boundaries right at the onset of the relationship. It can be immensely painful, because you’re making it clear to your mother that she’s no longer the priority.”

There’s no easy way to say that, which is why so many men don’t even try. This is understandable, especially in a society like ours, where 60% of children have absent fathers and more than 40% of mothers are single parents, according to a study by the Human Sciences Research Council and the South African Race Relations Institute.

Of the more than 1,1 million births recorded in South Africa in 2014, 64% had no information on the father. That’s a lot of single mums, and a lot of broken hearts when their sons move out of home or get married.

A MISTER WITHOUT PORTFOLIO

So what exactly is going on here and why is this relationship between the two women in your life so complicated? “Look at it from a systems point of view,” says Hawthorn.

“When you introduce your wife, partner or spouse into your family system, you create a disruption. That disruption affects your position as a ‘child’ within the family unit… and your status. Where previously your mother was senior to you, now that you’re a married man, society deems you and your mother to be equals.”

Don’t try telling Mum that though as chances are she’s figured it out already.

“Her position is under threat,” Hawthorn says. And though that threat is coming from you, from your partner and from the huge upheaval caused by all the changes to the system. It’s a cultural deadlock.

Of course, your place in the family also makes a difference. “If you’re from a mother-headed household and you’re the oldest son, it complicates the dynamic even further because for many years – perhaps without your mother realising it – you’ve played a role that a father would have played. From your mother’s point of view, that role in her household is now becoming vacant.”

Hawthorn says that when it comes to youngest brothers, a mother usually protects the youngest son from his older siblings during his formative years. “So she takes on a guardian role, which is why you’ll now find her saying: ‘This woman’s not good enough for my son! She’s only going to hurt him like all the other people from whom I’ve had to protect him.’”

That can set up an adversarial relationship between your mother and your partner and, of course, you’ll only make things worse if you play into that dynamic.

As Hawthorn puts it: “Guys quickly learn that if there’s a problem between you and your partner, you can just run to mummy and she’ll sort it out.” Big mistake. Once you’ve established the boundaries, you need to stick to them.

“It’s like any good business,” Hawthorn says. “Companies succeed or fail based on the synergy of their executive management, right? If the executive management team is looking to another company to tell them how to run their business, that company will land up in all sorts of trouble.”

Think about it like this: you and your partner are now joint-CEOs of your new family. Your mother’s input is valuable but, ultimately, what happens between you and your lady should stay between the two of you. Harsh as it sounds, it’s none of mum’s business.

Navigating the bae–mother triangle was last modified: June 22nd, 2017 by Arinze Ago

How My 35 Year Marriage Has Worked...

2 Months To Our Wedding I Uncovered...

The Pain Of Loving Someone You Should...

Rekindling the Romance: 9 Secrets to Keeping...

5 Key Things Everyone Must Do After...