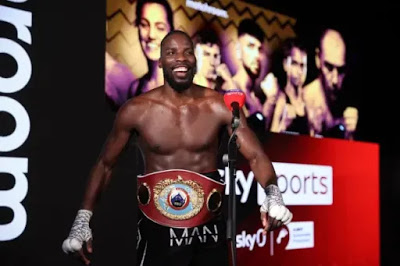 Okolie unloaded a devastating finishing punch to drop Glowacki heavily in the sixth round as the referee waved off the fight to confirm the coronation of the newest world titleholder in Wembley.

Okolie, 28, who has remained unbeaten has also become the first male member of Britain’s 2016 Olympic squad to claim a professional world title.

Glowacki, before he was crushed by Okolie, his only previous defeats in 33 professional bouts had come against the world-class duo of Oleksandr Usyk and Mairis Briedis.

“It is crazy, I feel happy and blessed,” Okolie told Sky Sports. “It is surreal.

“I had confidence throughout the week, was very calm.

“Shane reminded me not to rush, and it went exactly to plan. I said I’d get it done between rounds five and eight.”

The 28-year-old now wants to unify the division, with the first target International Boxing Federation belt holder Briedis, who knocked out Glowacki inside three rounds in 2019.