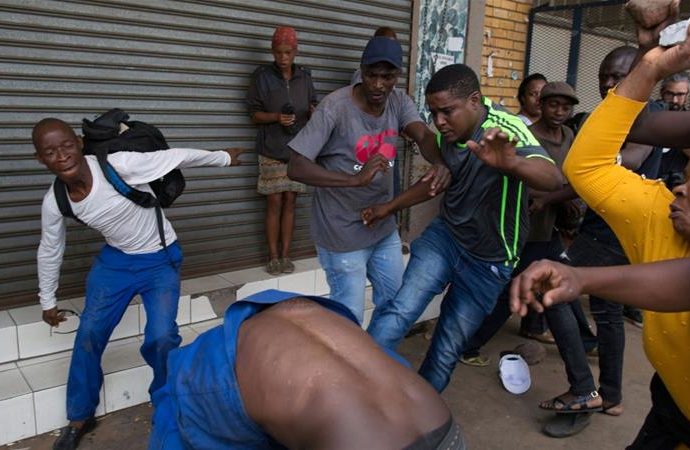 The Nigerian mission in South Africa said it had registered displeasure and protested to the country’s Foreign Affairs Ministry over attacks on her citizens in Polokwane, Limpopo Province.

The Nigeria High Commissioner to South Africa, Ambassador Martins Cobham, told the News Agency of Nigeria (NAN), on telephone from Pretoria, that a Nigerian was killed and four others hospitalised during a mob attack on foreigners on Thursday.

“I can confirm that a Nigerian, Razak Ajao, an auto mechanic was killed and four others injured during a mob attack against foreigners in Polokwane, Limpopo Province of South Africa today (Thursday).

“The Nigerian mission has formally registered a protest to the South African Ministry of Foreign Affairs on this sad incident.

“The ministry said they would get back to the mission and that is the situation we are now. The mission has also reported the attacks to the South African police.

“Meanwhile, the mission is meeting with officials of Nigeria Union on the incident to decide on the next line of action.

“We will continue to monitor the situation and keep you informed”, he said.

Cobham said two of the injured Nigerians had been treated and discharged while others were still receiving treatment in the hospital.

Mr Ralph Nwachukwu, a Nigerian in South Africa, had told NAN on phone that one Yoruba and one Igbo were killed during the attack which took place in Polokwane on Thursday.

Nwachukwu, who could not give the names of the victims, said the attack started when Nigerians living in that area were holding a meeting.

“They held a meeting on Tuesday and today (Thursday) was supposed to be a follow up.

“It was at the peak of the meeting that the South African Taxi Drivers swooped on them.

“They accused Nigerians of peddling drugs and began to attack them with dangerous weapons that led to the death of two while many others were seriously injured”, he said.

Nwachukwu said Nigerians, in a bid to register their complaint, went to police station but the commander at the station drove them out instead of listening to them.

He alleged that the commander threatened to shoot them if they did not leave the station.

Nigerian killed, others injured in fresh xenophobic attack in South Africa was last modified: April 7th, 2017 by Arinze Ago