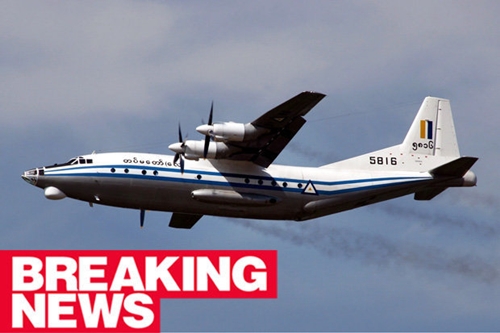 Nigerian, identified as Mr. Nwoke Felix Nwamarizu, has died aboard a Delta Airlines flight from Atlanta in the United States on his way to Lagos.

The deceased, 53, and with the passport number A06321653, was said to have developed complications while onboard.

A source close to the Murtala Muhammed International Airport (MMIA) confided in our correspondent that the airport clinic was alerted of the incident about an hour before the arrival of the flight.

The flight it was gathered landed on the runway of the airport at exactly 15:34hrs.

When the aircraft landed, it was gathered that the officials of the airport clinic proceeded on board the aircraft to ascertain the condition of the passenger.

The source explained that the medical team of the airport met with another doctor, a passenger aboard the aircraft simply identified as Lawal, who confirmed the sick passenger was dead before arriving the country.

The onboard doctor was alleged to have said: “The passenger was in a confused state, and could only say his first name (Felix) before he collapsed and was confirmed dead at 08:17hrs in Flight.”

The source stated further that at the airport, the head of the airport clinic also ascertained and confirmed the passenger dead in the presence of the station manager of the airline, Mr. Omeiza, senior aviation security officers and other senior staff of the Federal Airports Authority of Nigeria (FAAN).

It was gathered that a FAAN ambulance was brought to evacuate the corpse at exactly 16:59hrs, but as of the time of filing this report, the corpse was still at the base station awaiting the necessary documentation and arrival of family members before evacuation to the morgue.

Nigerian Passenger Dies Aboard Lagos-Bound Flight From The US was last modified: March 11th, 2019 by Reporter