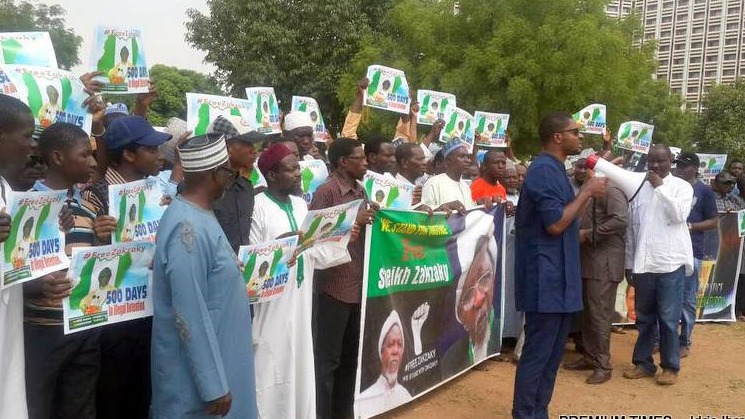 The Islamic Movement in Nigeria, IMN, is set to hold major rallies Friday, to commemorate the International Quds Day.

The group, led by Ibraheem Zakzaky, has been in the forefront of observing the Quds Day, which holds on the last Friday of Ramadan.

The IMN in a statement by its spokesperson, Ibrahim Musa, called “on all people of conscience to join in commemorating this annual event by lending a voice to the oppressed people of Palestine, while condemning the Israeli atrocities on them”.

In past years, processions by the group often resulted in clashes with Nigerian security forces.

The statement said the event is scheduled to take place in over 24 cities across the country.

“The Day is commemorated based on conscience and not only on religious consideration as victims of Zionism and illegal occupation of Palestine include Muslims and Christians alike. Moreover pro-Palestinian protest marches such as this are organized in all parts of the world including Europe and America to mark the International Quds Day.

“The third holiest mosque in Islam, Masjid al Aqsa is under the occupation of the Zionist Israeli regime following the illegal occupation of Palestine by Israel. The holy mosque of al-Aqsa is the place through which the holy Prophet of Islam Muhammad (SAW) undertook his night journey when he ascended to the heavens as mentioned in the holy Quran.

“The illegal state of Israel had unleashed terror on the innocent but strong-hearted people of Palestine for the past 60 years, killing unarmed men, women and children, demolishing their houses and placing thousands in illegal detention and torture.

“All these are taking place before the very eyes of the world but for reasons best known to them, the international community is simply looking the other way as this state terrorism is taking place with what could best be described as genocide against the people of Palestine,” IMN said.

It also called on the Nigerian government to “ immediately and unconditionally ” release the leader of the IMN, Mr. El-Zakzaky.

“Today is the 588 days he spent in detention despite a substantive court order for his release,” the group said.

“I can’t date men my age because they smell, but..” – Funmi Iyanda

Relationship deal-breakers, according to four men