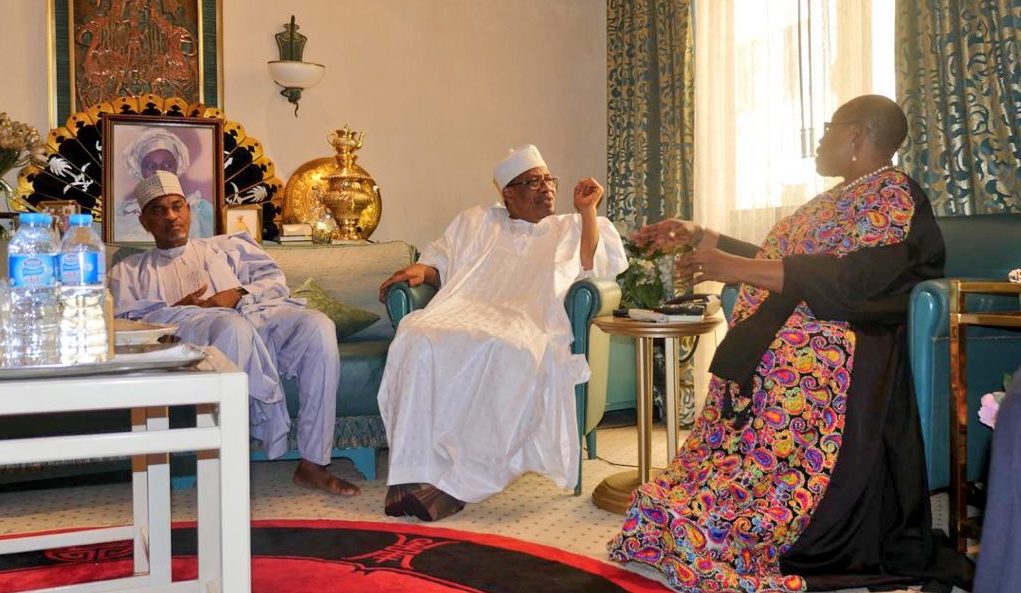 The presidential candidate of African Action Congress (AAC), Omoyele Sowore, and some other Nigerians on Monday criticised Oby Ezekwesili, the candidate of the Allied Congress Party of Nigeria (ACPN), for meeting with Ibrahim Babangida, one of Nigeria’s former military rulers.

Mrs Ezekwesili, a former minister of education, had been a critic of President Muhammadu Buhari’s administration and previous governments in the country for being corrupt.

On Monday, Mrs Ezekwesili tweeted that she met with Mr Babangida to discuss how Nigeria must be taken out of the clutches of the old order in 2019.

“I had a very candid conversation with the former head of state, Ibrahim Babangida in Minna after my speech on Human Capital Development at El Amin School yesterday. I made it clear that Nigeria must be taken out of the clutches of the Old Order. This is our mission,” her tweet read.

Reacting to this, Mr Sowore in his tweet maintained that her meeting with the former military ruler should not have held.

“PHOTOSPEAK: Our dear Oby Ezekwesili wants to stop corruption and mis-governance in Nigeria but then holds a secret session with The Godfather Of corruption and bad governance, IBB. Nigerians, Oby creatively coined BUTIKU. I love it! But this single visit is “OBYTIKU”. Go figure!” he tweeted.

Other Nigerians also criticised Mrs Ezekwesili while reacting to the picture showing her and Mr Babangida.

A Twitter user @maradesh said “You can’t rewrite history. The grandfather of corruption in Nigeria is IBB. Gulf windfall was enough to solve most of our problems.”

Enefola .V. Levi said: “Eyaaaaaah! Obi is the Mama of all scams, this single act has destroyed whatever credibility is left of her unpopular ambition.”

“Many Nigerian youths have no access to history, hence this informed their cluelessness on past government. And it’s obvious they need help. God will not forgive those that remove history from our school curriculum,” @az_zeez1 tweeted.

“You think politics is a friendly match? She was supposed to stand on the path of light and fight against the system of corrupt leaders not engaging with IBB who one of the devils holding the country back,” @DammyPayne said.

Mr Babangida was a key player in most of the military coups in Nigeria. In 1993, he annulled the presidential election that most Nigerians tagged the fairest election in the history of Nigeria democracy where it was unofficially announced that Moshood Abiola won the general election.

How Iya ISILA Stood By Me When...