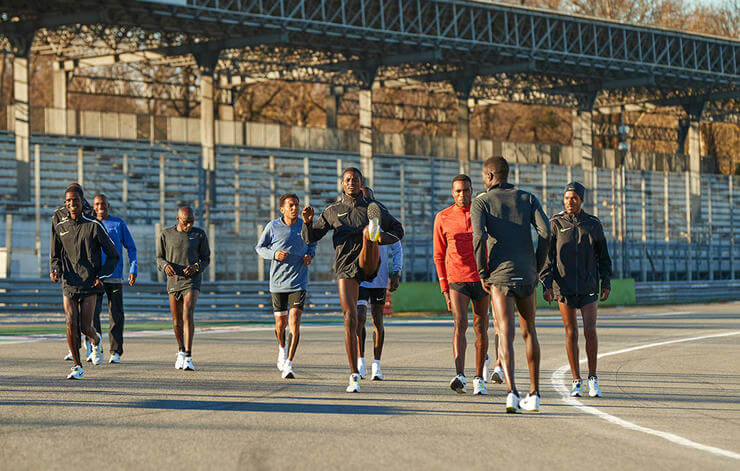 This weekend, aided by a host of technological and environmental advances, three carefully-selected elite African athletes will attempt to run the first sub-two hour marathon.
The ‘Breaking2’ project is the latest enterprise of American sportswear giant Nike and has split opinion in the world of athletics, not to mention physiology.
In one camp are the ‘purists’, who claim that the host of benefits being bestowed on the runners, including revolutionary shoes, a pack of interchangeable pacemakers and a non-traditional course, mean the attempt is a marketing gimmick.
In some ways this is possibly the worst time to start shouting about fast marathon times with Kenya’s Rio Olympic and London marathon champion Jemima Sumgong’s recent positive doping test landing a body blow to the event.
Nike, and others, however, insist projects like ‘Breaking 2’ show that a combination of talent, training and technology can produce astounding results without the need for chemical assistance.
Many people are intrigued to see just how much difference such a collection of ‘marginal gains’ can make and suggest that, at a time when athletics is reeling from relentless bad news, such a quantum leap in human endurance, arguably the greatest in the sport’s history, is something to be welcomed and celebrated.
Below we look at the key aspects of the project.
The current record and its progression
Kenyan Dennis Kimetto set the current record of two hours, two minutes, 57 seconds in Berlin in 2014, which is about four minutes faster than it was in 1988.
Kimetto’s time works out to 4:41.5 minutes per mile; a sub-two would require less than 4:35 per mile – an improvement of about seven seconds per mile, or around 2.5 percent.
On the face of it, that appears an impossible leap.
In 2014 the respected Runners World magazine published a data-driven analysis of more than 10,000 top marathon performances over 50 years that predicted a sub-two under normal race conditions would not happen until 2075.
The key to this attempt is that Nike are trying to ensure all the other variables make such an impact that, in theory, the athletes will produce effort levels that equate to a 2.03 time but, boosted by all the extra help, will actually produce sub-2.
Maybe the fastest-ever, but not a world record
The course will be ratified by the International Association of Athletics Federations (IAAF) and the athletes will satisfy all the usual anti-doping requirements, but the attempt will not be an officially sanctioned world record due to a host of variables, detailed below.

‘I don’t sleep at public functions, I only pretend’ – Gov Ganduje replies critics