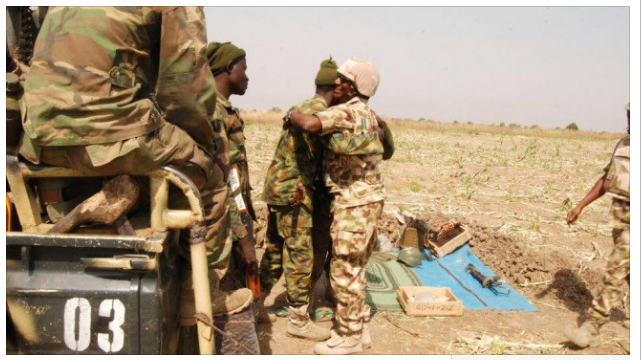 ‘Operation Last Dance’, a Nollywood advocacy film, which exhibits Nigerian military’s gallant fight against insurgency in the northeast, has been launched in Abuja.

According to NAN, the film was unveiled at the 9th biennial lecture of the Actors Guild of Nigeria (AGN) and award night held at the Sheraton Hotels in the country’s capital.

Speaking at the event, Emeka-Rollas Ejezie, AGN’s national president, said the initiative was part of efforts by the guild to showcase the activities of the military in the defence of fatherland through motion picture.

Ejezie commended the army for the collaboration and support, especially in supplying the equipment and logistics required during the shooting of the film.

“I want to use this opportunity to commend the gallant efforts of the Chief of Army Staff and the Nigerian Army for the trust reposed in us to deliver on the advocacy film,” he said.

“This film will indeed be one of the deepest films ever done on the Nigerian Army.”

He said the movie, which was produced by Steve Eboh, Nollywood actor, was shot at locations in Jaji and Maiduguri.

A highpoint of the event included investiture of the AGN national patron as well as awards to outstanding actors and industry stakeholders.

Tukur Buratai, the chief of army staff, and Ned Nwoko, billionaire businessman, were named patron and chairman of patrons of the AGN respectively.

This is coming on the heels of the production of ‘Eagle Wings’, a forthcoming thriller, which is a collaboration between Nollywood and the military.