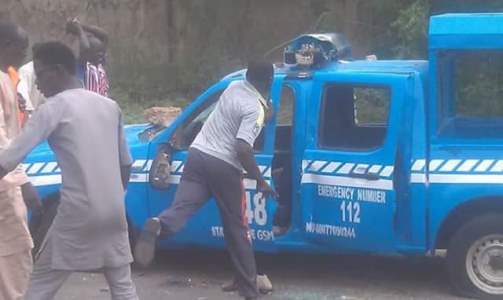 An operative of Nigeria Security and Civil Defence Corps, NSCDC, killed a man and shot a police sergeant in Dutse, the Jigawa State capital on Friday, July 14.

According to Daily Nigerian, the incident occurred when Jigawa Command of the Federal Road Safety Commission, FRSC, sought reinforcement from the NSCDC personnel after clash with members of the National Union of Road Transport Workers, NURTW. 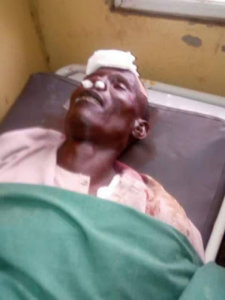 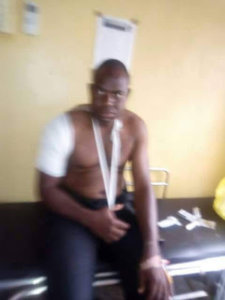 NURTW touts descended on the FRSC officials, set ablaze their operational van, following impounding of some of their vehicles for failure to install speed limiters.

As soon as the Civil Defence officers arrived at the scene, they began beating everybody around. One of them started shooting despite the fact that the police asked him not to. He shot dead one the bystanders and a police sergeant,? said a witness. The Sergeant survived and is currently receiving treatment at the hospital. 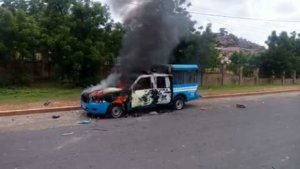 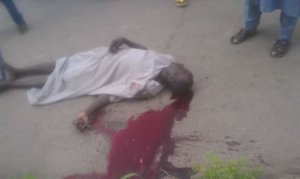 The state police commissioner, Rasheed Akintunde, who confirmed the incident, said one Hussaini was shot dead, while a police sergeant sustained gunshot injuries.

He said a stakeholders meeting was held to prevent the spread of violence in Dutse, while the culprits would be charged with murder after investigation.

Reacting to the incident, the NURTW chairman in Jigawa State, Hussaini Umar condemned the killing of their member, faulting the state sector commander of FRSC, Angus Ebezim for precipitating the clash. He said NURTW members could not afford to buy speed limiters as requested.

We had a meeting with the governor and the sector commander. The governor pledged to see ways his administration could come to our aid but Angus went ahead and start arresting our members,? he said.