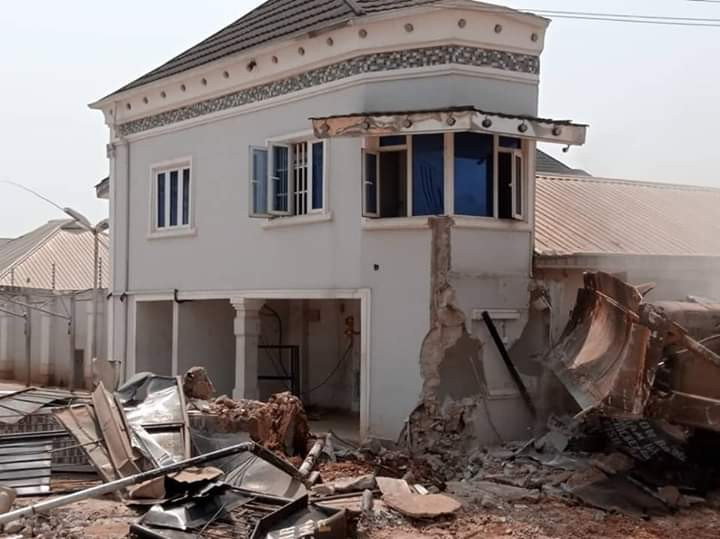 The Edo State Government has demolished T. Latifa Hotel owned by Mr. Tony Adun also known as Kabaka, for violating building laws as the structure sits across a road in the Ugbor-Amagba axis of Oredo Local Government Area of the state.

The hotel building was reduced to rubbles on Wednesday afternoon, after an injunction secured by Mr. Adun against the exercise was vacated by the state government.

The government penciled the structure for demolition, as it was illegal, without an approved building plan for a hotel and sitting across a road.

The deed of transfer being paraded by Mr. Adun is also not registered with the state government, according to court papers filed by Solicitor General of Edo State, Oluwole Iyamu SAN.

Bulldozers and caterpillars were mobilized to the site for the exercise while security operatives mounted guard to ensure the process was not disrupted by thugs in the area loyal to Mr. Adun.

The leader of the security team cordoned off the area and urged residents and shop owners around the area not to panic while the exercise lasted.