Obsessed Girlfriend Kidnaps Groom During His Wedding To Another Woman 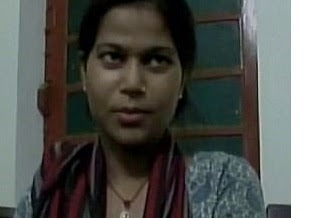 A spurned girlfriend is said to have kidnapped her boyfriend at gunpoint on his wedding day when he was due to tie the knot with a love rival.

Ashok Yadav, from Mohanpurwa in Banda district, was getting married to a girl from Maudaha in Hamirpur on Monday night when his ex burst in with six armed men.

They bundled the groom into the back of the car and sped away as hundreds of guests watched on in horror.

Ashok, a compounder, is understood to have had an affair with a local girl before breaking it off early last year.

His family then set him up with his wife and they got engaged.

When the ex-lover heard he was getting married, she begged him repeatedly not to go through with it and even tried to get his parents to call it off, according to police.

A police official involved in the investigation told the Times of India: ‘The armed men took Ashok at gunpoint and threatened him to accompany them.

‘After bundling him on the rear seat of a car, they sped away,’ a police official said.

He was missing for more than 24 hours before the authorities managed to locate him on Tuesday night.

One of the wedding guests said the abduction happened when the couple were going through their tikka rituals – the branding of the forehead with a red mark.

The witness said: ‘We thought they are criminals demanding money but they didn’t ask anything and took Ashok with them.’

Deputy Superintendent of Hamirpur Police BK Mishra said they launched a manhunt and got in touch with the groom’s family, but as of yet, no complaint has been filed

Obsessed Girlfriend Kidnaps Groom During His Wedding To Another Woman was last modified: May 18th, 2017 by Reporter