OF SALIHU LUKMAN AND THE WARPED OPINION OF A PAID PIPER 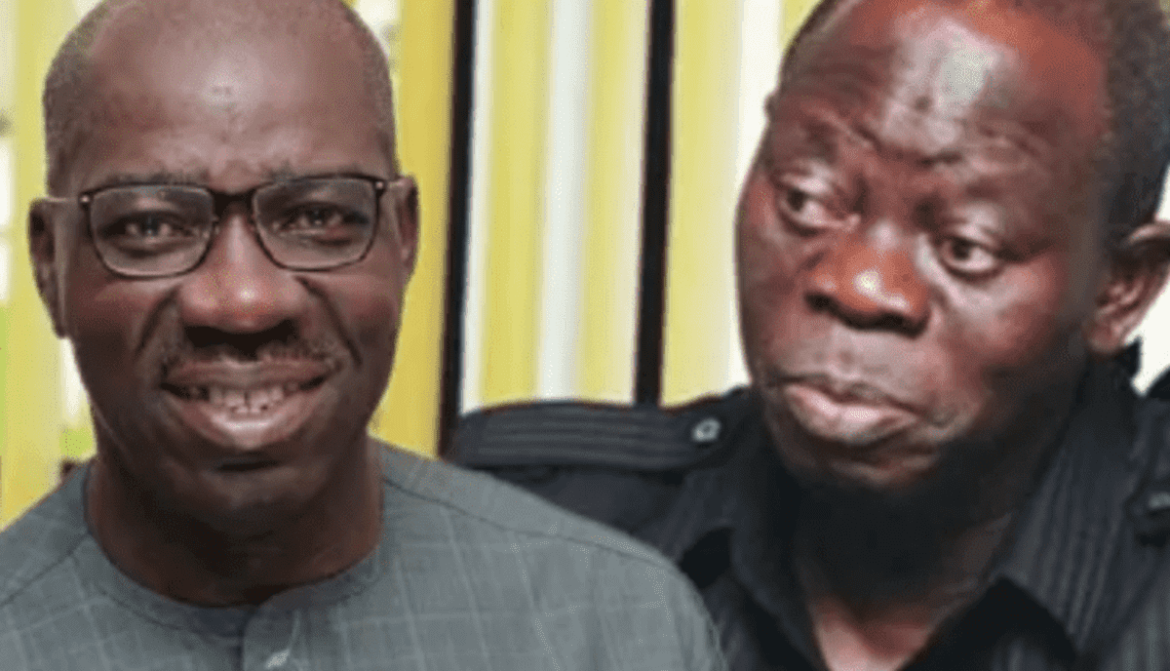 Ordinarily, I would not have wasted my time replying someone who until today, I never knew existed; save for his warped opinion that is not worth the paper on which it was published. The likes of Salihu Lukman are unknown despite the years they have spent in the political cycle.

To be reminded that they exist, they will try and engage someone with a reputation, so in replying their shenanigans, their name would make headlines, thereby giving them some sense of fulfilment. But as this is election period when every lie not replied can be mistaken as the truth, it is quite imperative to set the records straight for the sake of the masses.

There is a popular saying in Esan land which by literal interpretation means, “It is the house that fell that gave goats the right to climb the roof”. If not for the foolishness and unfathomable ingratitude of Mr. Godwin Obaseki, who is Salihu Lukman to be poke-nosing in Edo State political affairs?

A man who has not been able to scale through any political party primaries he has contested despite all the help Comrade Adams Oshiomhole had given him. I find it illogical that the Governors of the ruling party will choose to rehabilitate a serial political aspirant with the position of coordinating their forum. What does he know about electoral politics and winning?

If not for the little recognition given him for old time sakes would the press have even taken his words seriously, let alone publishing it? Well, this is election time, so I am oblivious of the fact that he as an idle hired hand is only expressing the opinion of the piper, and as such, there is need to send a reply to the hand behind his jaundiced and pedestrian opinion.

On the issue raised in the article published by The Cable with the title “APC GOVS FORUM DG: PDP STRONGER IN EDO BECAUSE OF OSHIOMHOLE’S ANTICS” and credited to Salihu Lukman, the whole ramblings reels of ignorance and the desperation of a lousy hatchet man.

It is on record today in Edo state that the people spreading the tale that Comrade Adams’ presence in the APC campaign train and trail is doing more harm than good are either members of the opposition People’s Democratic Party or their sympathizers, and the reason is crystal clear.

Since Comrade Adams arrived in the state and joined the campaign trail, the momentum and direction of the campaign took a new life, wave and momentum. The frequency became too high for the sinking camp of Governor Obaseki and his newfound party of tax collectors.

Comrade Adams Oshiomhole, as it has been from the day he joined partisan politics, is the nemesis to the PDP in the state. It is therefore not surprising that they have been using all means to silence him, knowing fully well the innumerable followership he commands across the three senatorial zones in the state.

They started by first dedicating an electronic billboard built with taxpayers’ money in the centre of the city, where they played the campaign speeches when Comrade Adams was campaigning for Godwin Obaseki when he contested under the APC in 2016.

In their shallow thinking, they thought that they have made it impossible for comrade Adams to campaign for the man he once de-marketed in preference for his party, the APC, four years ago. And I have addressed that shortsightedness in my previous article where I described Adams Oshiomhole as a faithful friend and a formidable foe, but they never learn. They have no other idea than to keep attacking comrade Adams as if he is the one on the ballot.

The situation became worse for them with the return of Pastor Osagie Ize-Iyamu (POI) to the APC; the man who before now has been the live wire of the opposition party, PDP, in the State. Take a walk around Benin City today you will see billboards of PDP members campaigning for Pastor Ize-Iyamu with the inscription: I AM PDP BUT NOT A FOOL. VOTE POI, VOTE APC! Can Pastor Osagie, a trained lawyer, a preacher and a gifted orator and a renowned grassroots politician and mobiliser be called an onlooker in his election?

He has granted series of interviews, addressed every single group that comes to the campaign office or to his house to give their support, he has even called hundreds if not thousands of private individuals, myself inclusive, to give him their support. This is the secret of his constant swelling followership base. So for anyone to say APC is losing hold of the state is as fallacious as calling white black.

For the fact that Salihu Lukman’s statement was published the very day the APC did their official campaign flag-off in the state, is another proof to show how scared the opposition is of the person of Comrade Adams Oshiomhole.

They had intended to send a wrong message to the hierarchy of the party through an insider, (sadly, he has always been the Judas), in a bid to save themselves of the embarrassment the presence of the People’s Comrade at the campaign ground would cause them.

But they failed. I am sure they have seen it in the news already, of how the campaign venue at the sports ground of the University of Benin was electrified with the presence of the People’s Comrade. Salihu Lukman lamely presented his hired views as if he was concerned about the electoral chances of the APC in the state.

He sounded like someone concerned about electoral violence and without evidence ascribed war chants to the people’s comrade whose only weapon is fearlessness and power of fine engagement. To think that Salihu Lukman was tacitly campaigning for the PDP by asserting without any bases that PDP has gained sudden strength on account of Comrade Adams’ active participation in the APC campaign is beyond anti-party action, it is open disdain for the party he claims to be serving. He must be called to order.

For the benefit of argument, was it Oshiomhole’s antics that made APC lose the Senatorial, and the House of Representative seats and the Presidency in the constituency of Governor Godwin Obaseki in the last general elections in the State? Or was it Adams’ antics that made Governor Obaseki lose his ward to the PDP in the last general elections? The problem with Godwin Obaseki is that he still sees everyone as the problem but himself. And until he realises that he is the problem to himself, only then can he find a lasting solution to his predicaments. Interestingly, if not for Comrade Adams, Obaseki may not even have the chance to be regarded as an aspirant talk less of recording his only electoral credit to his name.

To be fair, Governor Obaseki and Salihu Lukman belong to the same camp – losers. Some of us are glad that like his reaction to Phillip Shuaibu, Comrade Adams has refused to go to the gutter that Salihu Lukman has chosen. Comrade Adams remains calm and engaging.

Perhaps Salihu Lukman is unaware that the APC has reclaimed the State House of Assembly and that every town, village and our people are being energised and primed for September 19 by the People’s Comrade’s charm and doggedness. The pieces of evidence of these were on open display today (Saturday 8th of August 2020) at the POI campaign launch with the king-size reception, reverence, love and aspiration showered on Comrade Adams by the people.

Salihu Lukman and his types should keep their warped opinions to themselves and get ready to churn out another statement come September 19 (by God’s grace) when Pastor Osagie Ize-Iyamu and the APC will officially win the Edo 2020 governorship elections. And for other members of the APC, who like Salihu Lukman are surreptitiously making themselves working tools for Governor Obaseki and the PDP from within, remember that he who volunteers his head for the breaking of coconut would not live to eat the fruit.

As far as Edo state governorship election is concerned, it has been divinely settled: EDO MUST MOVE FORWARD!

OF SALIHU LUKMAN AND THE WARPED OPINION OF A PAID PIPER was last modified: August 10th, 2020 by Reporter

MARKETING IDEAS TO IMPROVE ON YOUR BUSINESS BY WALE DEINDE

The Many Lessons I Have Learnt In...