Home News OGUN CELEBRITIES: MEET THE FIRST NIGERIANS TO OWN A FOOTBALL CLUB IN TEXAS
News

OGUN CELEBRITIES: MEET THE FIRST NIGERIANS TO OWN A FOOTBALL CLUB IN TEXAS 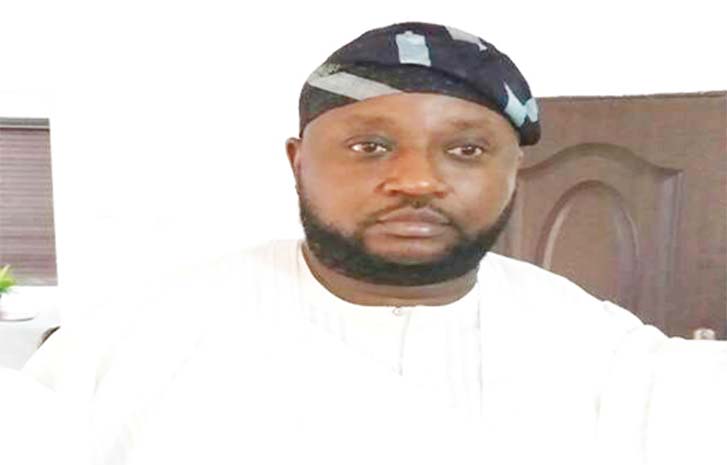 The American soccer league used to be a backwater affair in world soccer. It was usually referred to as the retirement league or pensioners’ league, but the narrative has completely changed now. The Major League Soccer league popularly known as MLS is now in the spotlight with some of the finest footballers from all overplying their trade-in top American club sides. The big news now is the remarkable rise of a Nigerian owned football club attracting football buffs in the US. Known as Arlington FC Texas-based in Arlington Dallas is on the verge of hitting the elite football class in America. Bankrolled by the duo of Nigerian businessmen in persons of Seyi Sowunmi, who is from Ogun State and Ebenezer Fowobaje who is also from Ogun State the club is positioned for greatness in the MLS. Under the coaching crew of Coaches Eric Daughty and Deen, Arlington FC Texas has grown by leaps and bounds, the darling Texas-based team brushed aside all opposition in the lower division 2 to move to the more competitive Division 1(UPSL). That feat has now guaranteed the team a place in the qualifying rounds for the Lamar Hunt US Open Cup through their affiliation and membership of the UPSL, US Soccer Federation (USSF) and the United States Adult Soccer Association (USASA). Interestingly, the 2018 founded club has within a short period become a huge platform for hundreds of football talents in Nigeria seeking a bigger platform to fulfil their football dreams.

Arlington FC Texas will soon be Eldorado and the club’s plans for the future is surely on the right track. To bring to speedy actualisation the club’s exciting plan for expansion and promotion. All hands must be on deck. And that’s why the promoters of Arlington FC Texas solicit support, particularly from Nigerians in Diaspora to join forces with Arlington FC Texas to achieve the dream of an MSL status in the US topmost football league.

Omolara Egungbohun, wife of popular Ogun hotelier and transporter, Ibrahim Egungbohun, otherwise known as IBD Dende, weeks ago played host to more than two hundred kids to fulfil staging an Ileya party in her husband’s hometown in Ebutte, Ilaro area of Yewa. The aim of the event was to bring together kids in the area and to enlighten them on the importance of Education. At the end of the day, two children were given scholarship awards after a stiff competition that lasted for hours. Omolara,  just like her husband is also known to be a philanthropist, she is well known for her easy way of life and her interaction with everyone not minding her status in the society. The Owo, Ondo State-born pretty woman had her higher national diploma in Federal Polytechnic Ilaro, and her PGD at the National Open University, she later worked briefly at Oceanic Bank and UBA, she is now the Ceo LRD Wears, MD Ibd Impex and MD Ibd Internationally Hotel.

The kids’ party was held at IBD’S hometown where his father lives on Ileya day. Kids were treated to different, menu received gifts, and played and played and games. According to Omolara, she has always loved kids and wanted them to have the very best in education. She took her time sometimes ago to ask kids from Ebutte what they would like to become in future and they were mostly not on education line, this made her start the yearly event in order for them to party and also bring speakers from different walks of life to enlighten the kids on the importance of Education.

HOW GBENGA DAVIES DIED IN ABEOKUTA

On Friday, 9th of August, when everyone was preparing for the Ileya festival, it was not the same for friends and family members of Ogun seasoned Journalist, Gbenga Davies, as the news of his death broke late in the night.

Those who know Gbenga Davies could tell how down-to-earth he was, he was a fun-loving and friendly person. Having spent close to a decade in Journalism, he was well known by who-is-who in and outside Ogun State. His death came as a shock to everyone because he never showed a sign of sickness until that evening when he went to hang out with a friend. He was at a popular hotel hangout inside Ibara Housing area of Abeokuta,  ordered his drink, according to an inside source he had not even touched his drink before a waiter noticed that he was acting strange and walked up to him to ask what was happening. The unfortunate development attracted the attention of people and they all quickly went to his seat, he was later taken to a nearby hospital two minutes away from the hangout, where he was pronounced dead. It was a rude shock as he was fine a couple of minutes earlier when he walked into the hangout with his old-time friend who was in town from abroad for a function. The owner of the car in which he was taken to the hospital brought him back to the hangout and called his best friend to inform him what has just happened. It was serious chaos that led to police arresting the guy who took him to the hospital but after interrogation he was released as friends insisted Gbenga had a health issue before and they were all aware of it. His body was laid to rest on Wednesday, 14th of August after a short service at the NUJ Press Centre, Iwe Iroyin House, Oke Ilewo Abeokuta. Gbenga was loved by all, he was celebrated and not mourned as family and friends reached a conclusion that everyone should wear white and not black, the whole of Oke Ilewo was blocked as his body was moved from the mortuary, the crowd alone showed how he was loved by the impact he  made in life was 46 and had four children.

Dr Mrs Anuoluwapo Bankole, the proprietress of Mercyland Schools, one of the top private schools in Abeokuta is bereaved. She lost her mom last month. Those who are close to her could tell she and her mom were best of friends. While preparing for the final burial ceremony that will be held in October, she is yet to come to terms that her mom is no more. Since the death of her mom, family members and friends have since been paying condolences and also comforting her.

Oba Amos Habib Awobajo, the Limeri of Awa Ijebu’s son, Prince Ayodeji Habib, is set to wed his sweetheart, Ololade Soyede, daughter of Otunba Olawale Soyede, one of the prominent sons of Ogun State. Although, the couple lives in the UK, but their engagement is set to hold on the 21st of September 2019, at the Providence Events Centre, Abeokuta. Both families are massively planning with the help of global events, the event planner of the day to ensure their children have a memorable engagement, while the white wedding will take place in London later in the year.

Faycol Lives On Concert, FLO Concert is an annual concert, which holds in honour of Ogun popular hip hop queen Feyi Oyetade otherwise known as Faycol, who died four years ago on the day of her son’s naming ceremony. It was a rude shock when the news hit town as the fair-skinned hip-hop sensation was loved by all, leaving behind a cute boy. Since then, her husband, Ayobami, otherwise known as Shrubz has been holding an annual concert to promote talented artistes who are less privileged to getting themselves studio sessions and shot music videos through his company Shrubz Multimedia. Come October 27th, 2019, another concert will be held at the June 12 Cultural Centre area of Abeokuta. This year’s edition is said to be massive with lots of popular hip-hop stars on the performing list.

The 11th of August ,2019, the day after Ileya, popular hotelier and transported Ibrahim Egungbohun otherwise known as IBD Dende played host to the Yewa community in a showdown carnival in his home town in Ebutte area of Yewa.

Dende  is an Ogun-born socialite and deep-pocketed businessman, who has his name on many lips because of his stupendous wealth and how he spends big. To many, Dende is a true definition of a hardworking goal-getter.  His rise to fame was engineered from being a

Clearing & Forwarding agent to a well-known Custom licensed agent. He is loved by his people who go to him for different kinds of help in and outside Ilaro. However, Dende is a big name in the society, and a generous man whose philanthropic gesture cuts-across ethnic borders. Dende has other business interests including transport and hospitality. He is the Chairman of IBD IMPEX Limited, his clearing company has its headquarters in Ilaro. He also has IBD Hotel in Ilaro and Abeokuta. Dende has many Ilaro indigenes as his employees. On the social scene, he is another force to reckon with, at high society events especially in Ogun and Lagos States, as well as in the Benin Republic.  He is a friend to many popular Yoruba movie stars, and popular hip-hop artistes, who throng his Ilaro home to spend their weekend with Oyi as he is fondly called.   He is known to render assistance to many movie stars.  He is one of the most successful businessmen who are from Ilaro and indigenes of the town are so proud of him.

A day after Ileya, top artistes like Pasuma,  Naira Mally, Chinko Ekun, Jaywon, Miz Kiss, Q Dot, Lil Kesh, Lyta, all troop to Ebutte to honour IBD, it was a night that could not be quickly forgotten by Yewa people as star actors like Odunlade Adekola, Muyiwa Ademola, Ibrahim Chatta, Femi Adebayo, Murphy Afolabi, to mention a few, were also present all night for the United carnival.

The popular sky pavilion building located at Oke Ilewo area of Abeokuta, where the Chicken Republic, Chinese restaurant are located has stepped up its game. The building has a popular club and lounge called Sky P and was the rave of the moment in town back then. The owner of the business, Chief Tunji Sunmonu, one of the Egba high Chiefs, has changed the face of the building and it’s services. The outfit now has a cafe lounge and a rooftop open bar. The lounge is now highly used by big boys and babes in town for their cozy parties, the bar has also become one of the most patronized hangouts in town.

Wokcity restaurants and fast food is also located on Oke Ilewo road,  Abeokuta. Few years ago the restaurant came into town and introduced new delicacies, their bread and natural juice were always on high demand by people. To ensure its customers get all they want in one place, the owner, Mrs Funmi Lewis, introduced an Italian ice cream recipe to the restaurants and since then the restaurant is always filled up with people wanting to have a taste of the different flavors of their ice cream.

READ ALSO: WE NEED TO GO BACK TO THE DAYS OF BABA OSHOFFA – IBADAN CELE PROPHET, ANTHONY BROWN OPENS UP

OGUN CELEBRITIES: MEET THE FIRST NIGERIANS TO OWN A FOOTBALL CLUB IN TEXAS was last modified: September 9th, 2019 by Bunmi Mustapha

We Need To Go Back To The Days Of Baba OSHOFFA – IBADAN Cele Evangelist, ANTHONY BROWN Opens Up