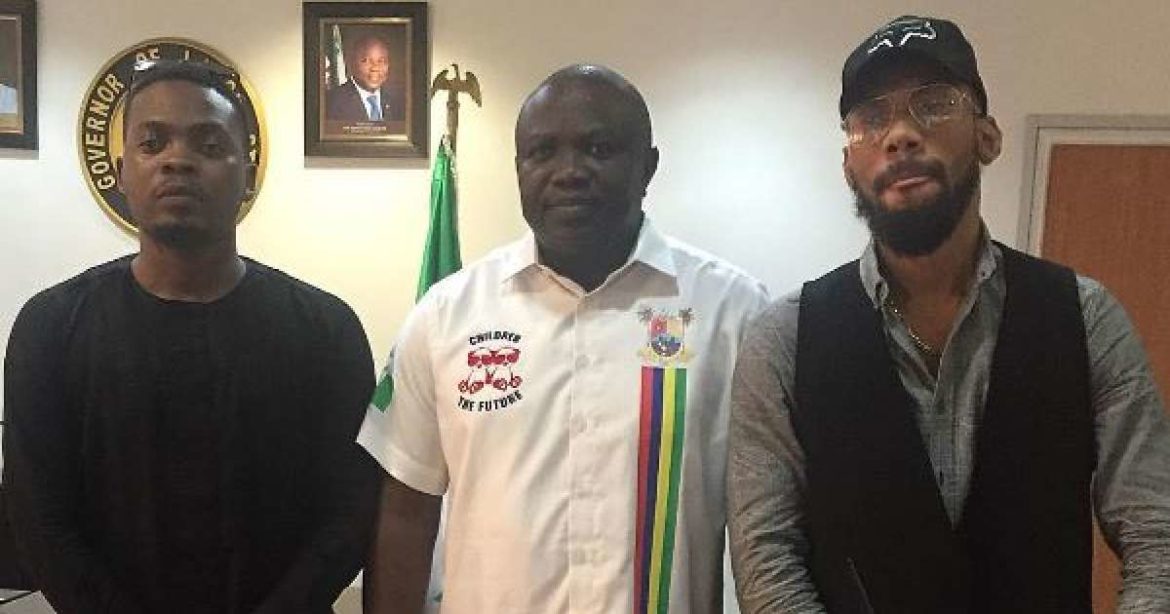 Olamide has lend his voice to the second term ambition of Lagos state Governor, Akinwunmi Ambode.

The governor, who is currently in the stormy part of his political career, had announced his decision to test his popularity at the Lagos All Progressive Congress’ governorship primaries on Monday, October 1, 2018.

Olamide had always displayed  his affection for Governor Ambode as well as his policies in Lagos state since 2015.

The rapper had been at the forefront of entertainers, who rallied round the governor during his campaign ahead of the governorship election against Peoples Democratic Party candidate, Jimi Agbaje.

Olamide had sang about Lagos and once said Governor Ambode picked him up and adopted him after the death of his father.

Phyno shared the shots on his Instagram page with the caption, “@baddosneh Connects X #fadafada.

Olamide and Phyno collaborated on song thanking God and counting their blessings in the song ‘Fada fada‘.