Home News Omisore alerts the public on the plot by the opposition, police to frame him
News 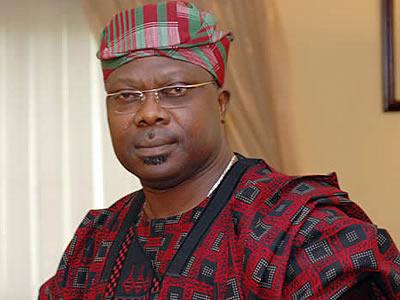 Former Deputy Governor of Osun State, Senator Iyiola Omisore, has alerted the public to a sinister plot by some powerful interests in the ruling opposition party, All Progressives Congress (APC) to get him out of circulation by using the Nigeria Police to frame him on trumped up charges.

Omisore, who was the Chairman Appropriation Committee while serving the Senate, stated in a press release signed by him that these opposition elements are apparently working with the Nigeria Police or some of their officers to realise their sinister plot against his person

According to Omisore, “a few days ago, I received a very curious but interesting invitation, claiming to be from the Osun State Criminal Investigation and Intelligence Department and signed by one Deputy Commissioner of Police Umege Uzochukwu.

“In the invitation, I was asked to report to the said DCP Uzochukwu that the late Senator Isiaka Adeleke, had reported a case of assault against me to them. And I wondered when Senator Adeleke (may God rest his soul) made the report as no date was given in the said invitation. The police invitation letter was dated 20th October 2017.

The invitation letter read in part: “You are invited to meet with Deputy Commissioner of police in charge of State criminal Investigation and Intelligence Department in connection with a case of Assault occasioning harm reported by (late) Senator Isiaka Adeleke against you.”

“We all know that as Nigerians we are living in a very interesting time. The culture now is to source for scapegoats in members of the Peoples Democratic Party (PDP) for every inaction of government. The tragic instance in which the late former Osun State governor, a distinguished senator of the Federal Republic, died is still fresh in our memories, particularly the controversy that his death generated across the nation.

“What is also fresh in our collective memory is the decision by the good people of Osun State to reward the late Senator Adeleke and people of Ede by electing his brother to complete his term in the Senate. The people’s decision of course was carried out by our great party, Peoples Democratic Party (PDP).”

“Could this invitation by the police have been anchored on the role I purportedly played as a party leader in that election? Omisore queried wondering how the police could allow themselves to be brazenly used against the people they are expected to protect.

“Therefore, I want the public to know about the plot and keep them informed about this sinister plot against myself and the memory of Senator Adeleke,” he concluded

Omisore alerts the public on the plot by the opposition, police to frame him was last modified: October 30th, 2017 by Reporter