Home News One feared killed, many injured as youths protest death of footballer killed by FSARS in Ogun
News

One feared killed, many injured as youths protest death of footballer killed by FSARS in Ogun 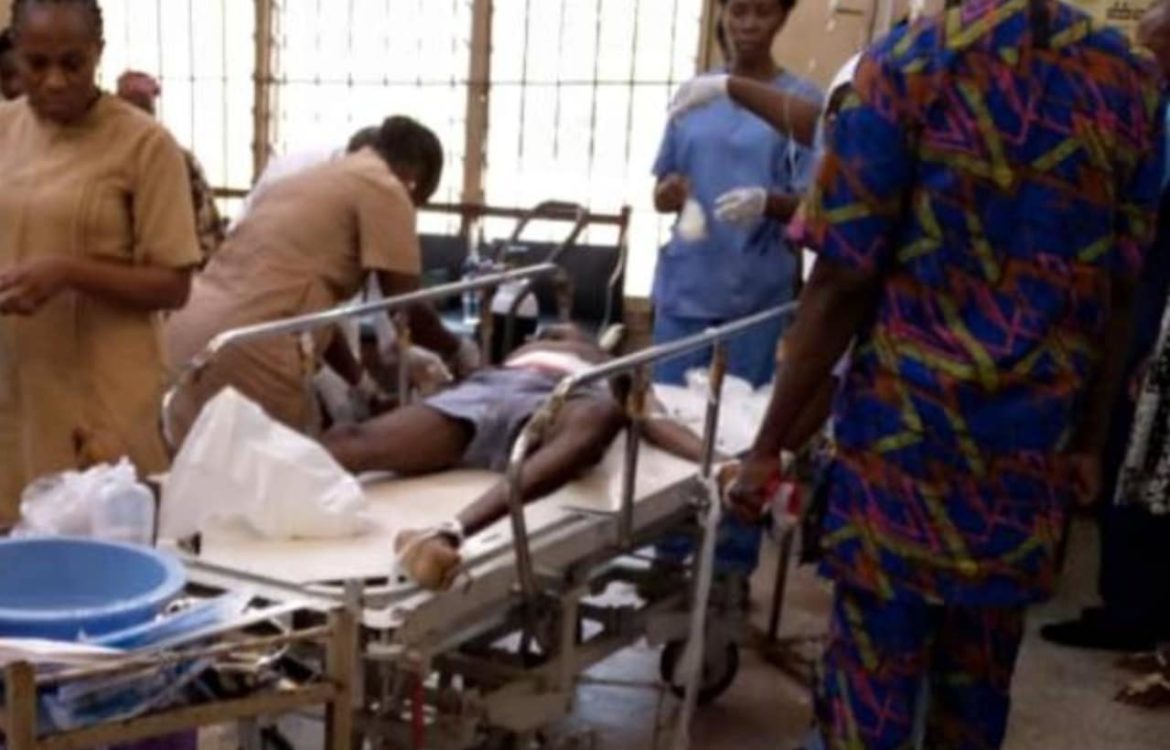 One person was said to have been killed by gunshots allegedly fired by policemen who were deployed to Sagamu to disperse youths who were protesting the alleged killing of a footballer, Kazeem Tiyamiyu on Saturday.

Residents of Sagamu have alleged that the footballer was killed by the men of the Special Anti-Robbery Squad (SARS), maintaining that they pushed him out of their moving vehicle for asking them where they were taking him to, saying he was killed by an oncoming vehicle.

The Ogun State Police Command Spokesperson, Abimbola Oyeyemi, debunked the allegation. He said Tiyamiyu, known as Kaka, ran out of the car taking him to Abeokuta and was killed by another vehicle.

It was reported that the youths of Sagamu took to the street this morning to protest the killing of their man, chanting “No more SARS”.

It was learnt that the protesters marched to the palace of the Akarigbo of Remoland, Oba Babatunde Ajayi, where they were addressed by Former Governor, Gbenga Daniel, who called for calm.

However, our correspondent later gathered that the once peaceful protest later became violent, causing a confrontation between the police and the irate youths.

A youth who spoke to our correspondent anonymously said: “One protester appeared confirmed dead, not less than three protesters are wounded and receiving treatment at OSUTH.

“A couple of policemen are also wounded and receiving treatment.”

He added that, “soldiers have been deployed to arrest the situation.”

One feared killed, many injured as youths protest death of footballer killed by FSARS in Ogun was last modified: February 24th, 2020 by Reporter

The Key Things I Did To Keep My 8 Years Marriage Intact – Star Actress, MERCY JOHNSON Reveals