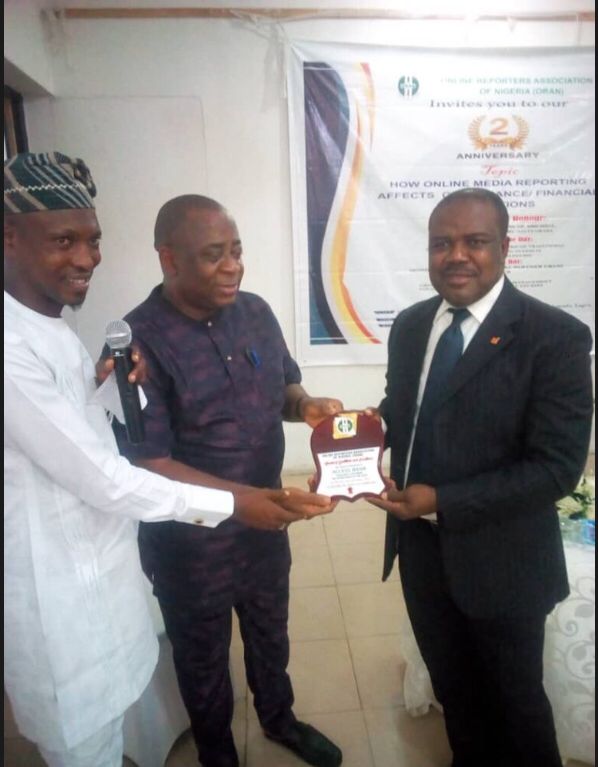 The prestigious media society marked its second-year anniversary with a workshop with topical issue ‘How Online Reporting Affects Governance, Judiciary and Financial Institutions.

Barrister Ife Ajayi who represented Barrister Monday Ubani the Principal Partner, Ubani & Co Chambers emphasized more on how online reporters must be careful with their day to day activities.

“ It is true the world has become a global village. Even at that , the true journalism ethics must come to play. Journalists need to balance their stories. This will help you on libelous stories petition. Even at the court , it is very challenging to reference online publication stories while filing a case at the court. Online journalists still need to do more on integrity. This kind of forum should continue to educate more online reporters on daily reporting”, Barrister Ife Ajayi stressed .

“ We need to continue fight against fake news. Several organizations has lost a lot of businesses as a result of fake news that is not confirmed. Someone who wants to post or publish sensitive stories should first confirm before publication “, Imoyo said .

ORAN patron , Publisher City People Media Group, Dr. Seye Kehinde however spoke on the need for media practitioners to improve their skill and report only the truth at all times. He later presented ORAN Customer Relations Bank of the year award to Access Bank. Mr Abdul Imoyo received the award on behalf of Access Bank.
Barrister Monday Ubani was also inducted as ORAN patron. Barrister Ife Ajayi was decorated on behalf of Ubani who was absent due to official assignment .
The President, ORAN, Shehu Tijani Adegbola, who’s also the Publisher, Confirm News, gave the vote of thanks just as he did for the welcome remarks .
Ceesky and H Y 2 performed their heart out at the event.
D J Mystic and DJ Bravo were on the wheel of steel dishing out great music through out the event .