Home Politics OSUN ELECTION: DID PRIMATE AYODELE FINALLY BOW TO PRESSURE FROM THE POWERS THAT BE?
PoliticsReligion

OSUN ELECTION: DID PRIMATE AYODELE FINALLY BOW TO PRESSURE FROM THE POWERS THAT BE? 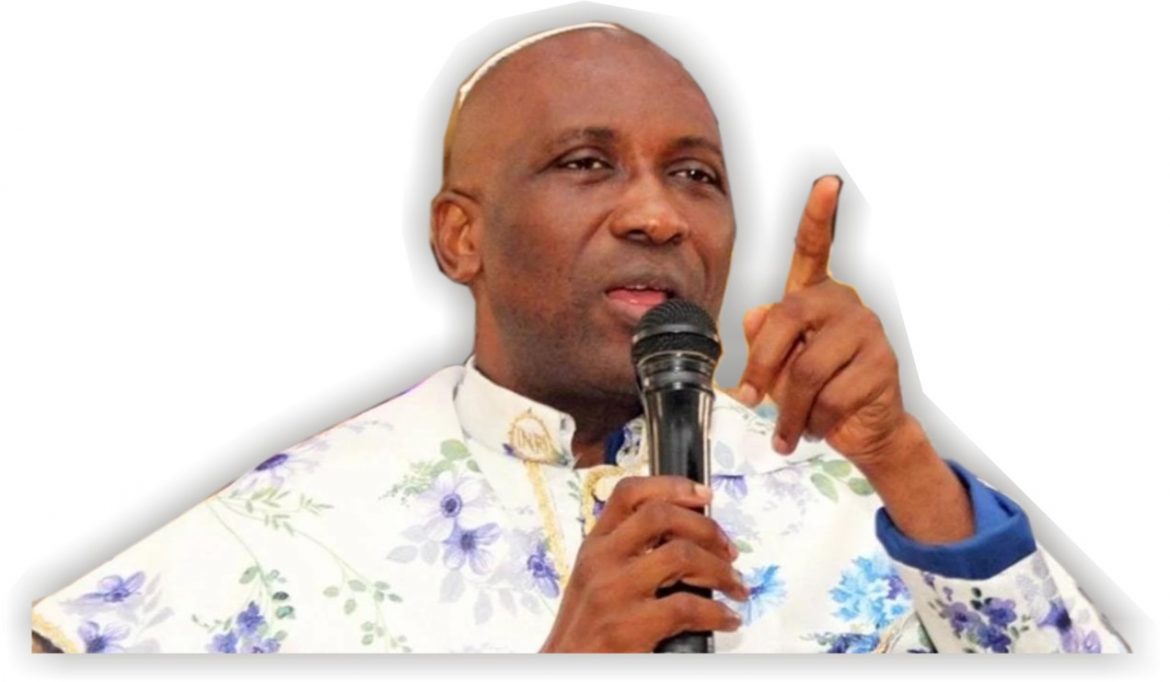 One of the subjects on the lips of many Nigerians right now is the shocking victory of Senator Ademola Adeleke of the PDP over the incumbent governor Gbenga Oyetola of Osun State at the governorship polls held two Saturdays ago. Not many saw the victory coming. Not even the most ardent PDP members and loyalists. Adeleke won 17 out of the 30 local governments in the state. He has since been officially declared the winner of the election and would be sworn into office within the next couple of months. Again, it must be emphasized that not many saw this coming. But one man did. God revealed it to him long before the elections took place and that man is Primate Ayodele Elijah, the founder and leader of INRI Evangelical Spiritual Church.

Many followers of Primate Ayodele are still in disbelief. Many of them are still in shock. For those who have been following the revered and globally respected man of God for a while now, they still cannot fathom why Primate Ayodele, a man renowned to have made many staggering prophecies such as the accurate outcome of the Donald Trump/Joe Biden presidential election in America, the presidential election in France and even more recently, the Ekiti governorship election held not so long ago, will now make a prophecy and then contradict his own prophecy!

Let us make this easier to understand. Primate Ayodele, in his characteristic manner, held a press conference on Saturday, 9th of July 2022 where several issues concerning the nation were addressed and the Osun governorship election was part of the subject of discussion. When Primate Ayodele was to talk about the election, he noted that Ademola Adeleke will not win the election and that Governor Gboyega Oyetola will retain his seat as the governor of the state.

Meanwhile, during the release of his 2022 prophecies on Wednesday, 22nd Of December, 2021, Primate Ayodele’s statement on the Osun state election was even more elaborate and it talked majorly about how Governor Oyetola will struggle to have a second term in office. The man of God categorically stated that Oyetola will not have it easy if he doesn’t unite all the members of the Osun political family. He warned him of evil perpetrators that will frustrate his second-term ambition. Primate Ayodele also further stated that there will be protests against Oyetola’s government and if he doesn’t put his house in order, he will not record victory in the election.

Hear him: ‘’OSUN STATE: The spirit of God says governor Oyetola must unite all members of the Osun State House of Assembly as well as the party members. He must work assiduously because there will be a lot of evil perpetrators that will want to frustrate his effort in order for him not to win the second term. All the Who is who should do reconciled in the Osun State APC.’’

‘’ I foresee that many of his party members will want to gang up against him. Oyetola must not allow the party members to decamp and also not allow his party to break. He needs prayers to avert negativity and do the needful. They will bring negative reports about the governor. He must pray very hard so that he will succeed. Oyetola will want to change everything about his present seat. It will cause more problems, but if he puts in more effort and prays very well, he will retain his seat. Oyetola will want to do all he can to retain his seat for the second term. He will want to ensure that the APC excel in the coming election. He should pray not to lose any of his Aides and loyal party members. There will be protest against his government and also negative propaganda. If he puts his house in order, he is going to record victory.’’

These are two prophetic statements from Primate Ayodele on the Osun state governorship election but they are not the same, One is saying the governor will win while the other is saying the governor will not find it easy in the election. Also, looking at the latest edition of his annual prophecy book titled Warnings To The Nations (Pg 43) which was released last Saturday, Primate Ayodele categorically stated that people will work to bring down the Governor in the election.

Again, looking at the 2021/2022 edition of Warnings To The Nations (Pg 64), Primate Ayodele wrote that the people will bombard the governor with scandals and that the APC will need to work very well on its candidate if they want to a second term in office.

Clearly, Primate Ayodele, from his earlier prophecies on the Osun elections, knew that the incumbent governor would lose the election. His words clearly showed that there was no victory in sight for the governor, yet, just a little before the election took place, he changed his prophecy. Now, this is the big question everyone following closely the development is asking: what went wrong? Why did Primate Ayodele opt to contradict his own prophecy? Was it pressure from the government of Osun? Was it pressure from the APC? Those who are aware of some of the pressures the Primate has had to deal with over the years from the top political parties will be aware that the man of God has severally been labelled a PDP prophet by the APC because, according to them, most of his prophecies often seem to favour the PDP and the fact that he has been accurate so far with his prophecies has not gone down well with the APC. Now, many are wondering, has he bowed to pressure from the powers that be to do their bidding?

Anyone who knows Primate Ayodele closely will tell you he is a fearless man of God. He says it as it is without bothering himself about who gets hurt in the process. He is not one to be easily intimidated by anybody. So, how then did the powers that be, the powerful politicians in government, intimidate or pressure Primate Ayodele to change his earlier prophecy on the Osun election and say Oyetola instead of Adeleke whom he had suggested as the winner, would emerge victorious? Or was he offered huge money to change his prophecy on the Osun election? These and many other questions are what followers of Primate Ayodele are dying to ask him right now.

The renowned man of God has not released any official statement addressing the contradiction of his prophecies yet. Neither has come out to admit or deny that he said Oyetola would win the election. But one thing is certain though, Primate Ayodele will not deny whatever prophecy he made. Whatever it is he said, he will stand by it. He is a man of integrity who will never allow himself to be dragged into petty controversies that could tarnish his hard-earned reputation.  Very soon, we will get answers to these pertinent questions. Very soon, we will know why Primate Ayodele, a man who has over the years guarded his prophecies jealously now choose to bow to whatever pressure it was he bowed to and change a prophecy he had accurately made long before the elections took place…

OSUN ELECTION: DID PRIMATE AYODELE FINALLY BOW TO PRESSURE FROM THE POWERS THAT BE? was last modified: July 20th, 2022 by Wale Lawal

The OONI Of Ife Dazzles His Classmates At The LOYOLA College, IBADAN’s 30th Ann. Reunion