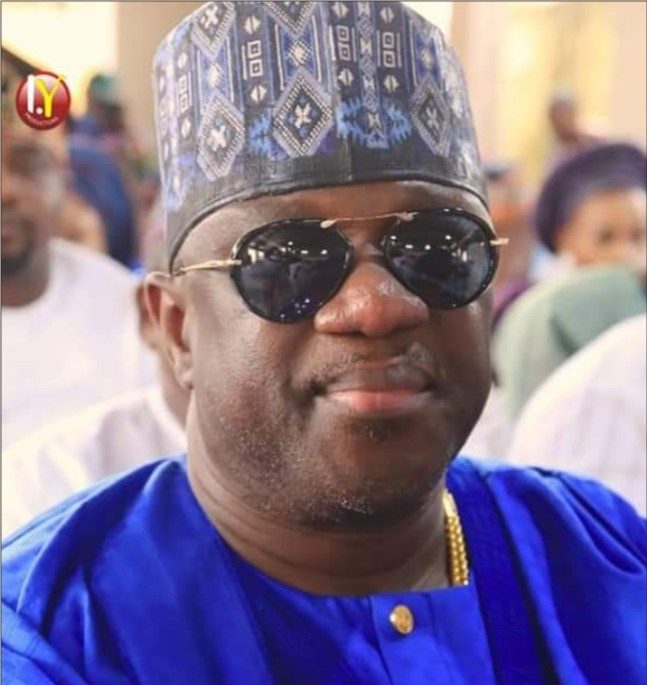 On Friday 11th March 2022  all roads led to Abeokuta in Ogun State, as London couple, Otunba Jaiye and Yeye  Toyin Daramola were honoured in with a chieftaincy title by His Royal Majesty, Oba Dr Saburee Babajide Bakre, the Agura of Gbagura. That day will forever remain a remarkable day for the Daramola family, and the entire people of Gbagura Kingdom in Abeokuta. It was a 2-in-1 celebration as Yeye Toyin Jaiye-Daramola also celebrated her 65th birthday. Mama Tee as she is called was also conferred with a Chieftaincy title from the Agura of Gbagura.

She got the new title alongside her beloved husband, Otunba Jaiyeola Daramola. He was made Bameeto and his wife, Yeye Bameeto of Gbaguraland in Abeokuta, Ogun State. The well-deserved honour was bestowed on them by Oba Dr Saburee Babajide Bakre (Jamolu II) Agura of Gbagura.

It was a joyous day for the couple. The celebration started with a chieftaincy conferment at the prestigious palace of the Agura of Gbagura. Monarchs, dignitaries, a few family members and friends were in attendance. The event started at 9 am prompt at the Agura’s Palace, Oke Iddo, Gbagura, Abeokuta. Because the Agura is a strict Kabiyeesi the No African Time notice was put on the Invitation Card. After the installation both the hosts and their guests all moved to Conference Hotel at Oke Mosan for the entertainment of guests and celebration of Yeye Toyin Jaiye-Daramola’s birthday. Her birthday started at 12 noon, as the Banquet Hull was filled with a lot of dignitaries.

The huge turnout showed that the newest chiefs, Yeye Toyin Jaiye-Daramola and Otunba Jaiyeola Daramola are well-loved by many, considering the huge number of personalities that turned up for the party. Many of Yeye Bameeto’s female friends looked so dashing and stunning in their expensive aso-ebi. Yeye and her hubby also looked glamorous in all their outfits.

Evangelist Ebenezer Obey’s son, Tolu Obey was on the band, and he gave such a remarkable performance as all the monarchs and important dignitaries in attendance grooved to his music, while the famous Abeokuta finest comedian, Dr Smile compered the great event.

Who is Otunba Jaiye Daramola? Otunba Jaiyeola Daramola lives in London. He was born on the 3rd day of October 1956 to the family of Pa. Ayinde Daramola and Madam Rabiat Amoke Daramola (Nee Ajilogba) in the Epe Division of Lagos State.

He attended Ansar-Ud-deen Primary School Epe and gained admission to Epe Grammar School all in the Epe Division of Lagos State, after his secondary education, he worked with Nigeria External Telecommunications Limited Marina Lagos now Nitel from 1977-1986, he later joined the International Generic Industrial Construction Company Abeokuta as Communications Officer between 1986 and 1992.

Otunba Jaiyeola Daramola travelled to the United Kingdom for further studies. He is a graduate of Law with LLB Hons. from the University of East London.

He’s a member of the Institute of leadership and Management. An Agile/Prince 2 Certified Project Manager with years of experience leading projects that have delivered increased revenues and cost efficiencies across complex Digital Transformations, Process Improvements, Salesforce CRM and Mobile Applications. He has a proven ability to evaluate business processes, identify opportunities and manage cross-functional teams in Safe Agile or Waterfall environments to implement.

How about Yeye OJutoyin Omotavo Daramola? She was born exactly 65 years ago at Gbagura, Oke lddo, Abeokuta and last week Friday 11th March 2022 happened to be her birthday. Her father was Pa Mustapha Oritogun Adufe Adeyi and her mother Madam Adikat lyabode Ayinke Adeyi, both of blessed memory. She attended the famous Ansar-ud-Deen Main School lkuyajesin, lIawo Abeokuta as well as Nawair-ud-Deen Grammar School, Obantoko, Abeokuta and passed out in 1975.

She joined the services of Federal Radio Corporation in 1976 as a Studio, Manager and was later transferee to Radio Lagos in 1977 she was one of the pioneer staff of the Tiwa n Tiwa Station Radio Lagos. Shortly after she left Radio Lagos for the Nigerian Television Authority Abeokuta and she became the 1st announcer to be recruited by the station. NTA Abeokuta, the raw station of dedicated new and old experienced staff, brought out the best of Toyin and she became the head of the presentation unit aside from doing other duties incidental to her professional calling – newscasting and other duties as assigned. She became a foremost celebrity of the tube in the ancient rock city and her name was a household name because of her sonorous voice which attracted many people to watch her station. At NTA Abeokuta she was able to bring out her multi-task talent with a cutting edge value which added greater contributions into the broadcast industry in Ogun State and nationally for almost 2 decades. She ruled the airwaves and the social circuit as a celebrity before voluntarily opting out of service in 1990 with awards and commendations to show for it.

With a lot of cognate professional experience, enormous goodwill she enjoyed from the high society, Kings and the nobles, power brokers, the rich and many social influences in Abk and beyond, Toyin in private practice as a media development communicator, corporate personal trainer, events planners and compere extraordinary bestride the field like a colossus. Her business outfit, Toyin Adeyi and Associates became the first choice of many corporate organisations, government establishments and individuals for its professional services delivered with precision and credibility.

Yeye Toyin relocated to the United Kingdom a few years ago in search of higher values, global experience and golden fleece which became another turning point in her life. Full of determination giant strides, challenges and successes, she has never for once forgotten her root in Gbagura as she was always responding to any clarion call made to her and is always contributing her quota towards the development of her community.

She attended the University of East London in Stafford to study Law and she obtained her LLB Hons in 2017. She still resides in London where she works as an advocate for the homeless.

Yeye Toyin is a community-oriented woman full of passion and energy and this endeared her to the love of her life Otunba Jaiyeola Daramola and they are blessed with children and grandchildren.