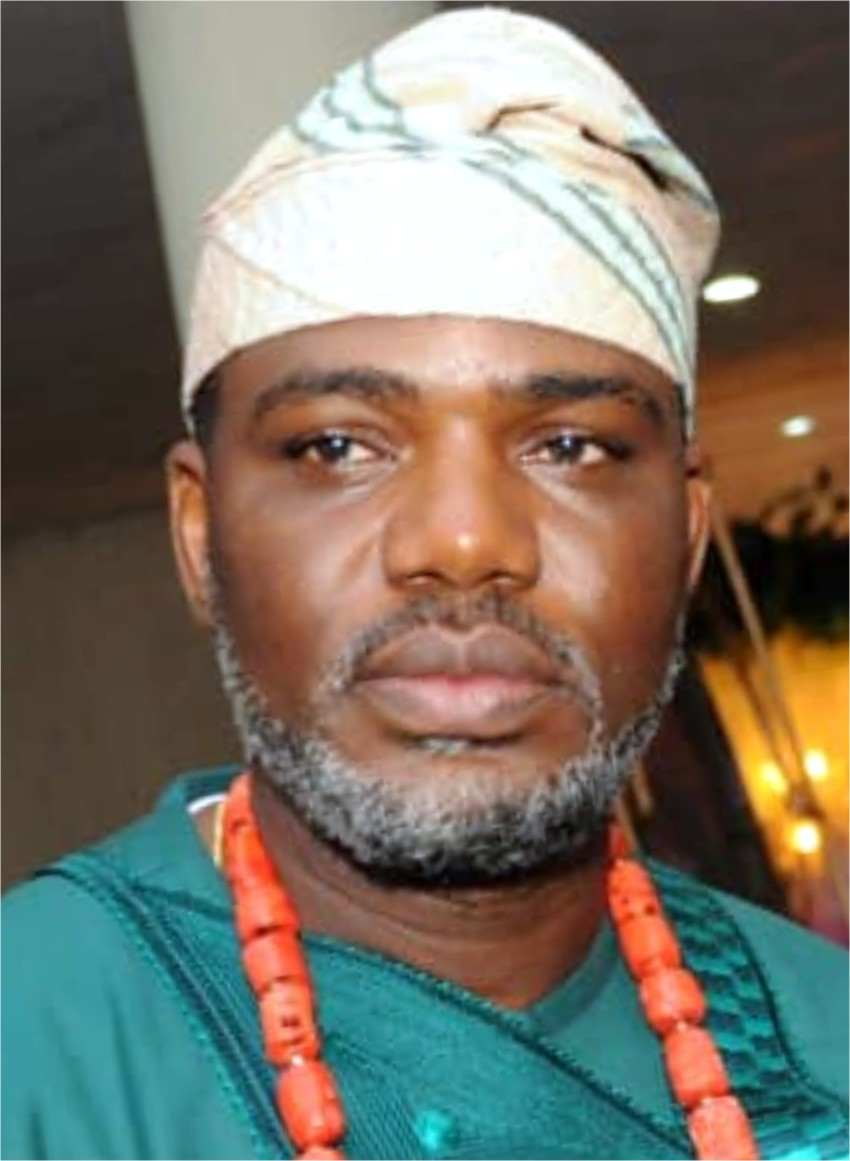 It was an event filled with glitz and glamour when popular Lagos big boy, Abisoye Fagade and siblings shut down Ibadan for the burial party of their mum, Deaconess Comfort Omoladun Fagade.

Deaconess Comfort Omoladun Fagade was a retired educationist who slept in the Lord on June 13th, 2021 at the age of 78 and was buried on 6th August at her residence at the Monatan area in Ibadan. Following the thanksgiving service in her honour was held at the Christ Apostolic Church, Irefin, Ibadan was the grand reception of guests at the International Conference Centre at the University of Ibadan located in Agbowo area of the capital city of Oyo state.

It was a gathering of top dignitaries and eminent personalities. They came from far and wide to celebrate with Abisoye and his siblings. The arrival of these individuals didn’t go unnoticed as the entire city was stormed by the calibre of people with their entourage entering the ancient city. This put the city of Ibadan on standstill; the people of the city were marvelled by collections of the latest vehicles trooping into the venue. Below are the hot gists from the eventful party.

The reception party was a grand one. It was held at the 3,000 to 5,000 capacity main auditorium of the popular International Conference Centre, in University of Ibadan. . The choice of the centre as the venue of the event was a laudable one. On entering the premises of the event centre, well-designed posters and broad banners of Deaconess Comfort were displaced all over the place. The parking space at the centre was so large that it accommodated the vehicles brought by virtually all the guests. As you approach the main entrance of the hall, another lovely poster of the deceased and tributes from her children and grandchildren were displayed for guests to read and get the messages therein. The interior decoration at the hall was spotless and enticing. It was decorated to taste as it came with a very serene environment that boasts of varied facilities and a high standard of service that made the entire guests feel at home while the event was unfolding. The presentation screen, projector and individual highly sensitive microphone. The setting arrangement was apt as chairs and tables are quite comfortable and floors so inviting.

The security apparatus and personnel at the event were very effective as they ensured only those invited for the event were allowed in. This to a large extent made guests have a feel of comfort as they all felt at home in the highly serene environment of the event centre.

Another thing worthy of note was that there were two stages set aside for musicians to perform. This made the entire event look like a concert. Many wondered what it’s going to look like and who are the artists to mount them. Some even were eager to know how the entire event would unfold. It was later revealed that the first stage was strictly for the veteran music icon, King Sunny Ade and the popular Veentage band headed by Desmond Emokiniovo. This alone meant the party would be a blend of old music with contemporary ones.

MASTERS OF THE MICROPHONE, GBENGA ADEYINKA AND TEEA WERE THE OFFICIAL MCs OF THE EVENT

Seeing the duo of ace comedians, Gbenga Adeyinka, the first and Babatunde Adewale popularly called Tee A perform together on stage is always an exciting experience. The combination of both masters of the microphone didn’t fall short of expectation as they thrilled the guests to a classic reception, seamlessly taking them from one aspect of the event to another. They are indeed masters of the act.

MEET THE LOVELY CHILDREN OF THE DECEASED

Deaconess Comfort Omoladun Fagade was survived by 6 lovely children and many grandchildren. The children are Abisoye Ayoyimika Fagade, Omoyeni Mobola Fagbemi, Babatunde Fagade, Omotayo Fagade, Oluwabukola and Ayobami Ayinla. The presence of each and every one of them was felt at the part as they were all singled out with their guests. They danced before the music icon on stage, King Sunny Ade who sang the praise of them as worthy children that gave their mum a befitting burial.

OLUBADAN STORMS THE EVENT IN STYLE

The Olubadan of Ibadan, HRM Oba Saliu Akanmu Adetunji, Aje Ogunguniso I stormed the venue of the event in style. He came in the company of his lovely wife, Olori Rashidat Ololade. They were ushered into the hall with a befitting royal reception characterized by blowing trumpets and beating drums as the entire hall welcome the paramount traditional ruler of the ancient city of Ibadan.  His presence at the event further glamourizes the ceremony as dignitaries came to where he sat to pay their homage to the highly respected king.

OLUWO OF IWO GRAND ENTRANCE AT THE EVENT

Not quite long after the Olubadan stormed the event, another eminent traditional ruler stepped in. Guess who? It was the Oluwo of Iwo, Oba AbdulRasheed Adewale Akanbi, the Telu 1. The ever-stylish king was all out with a quite outstanding outfit that depicts pure royalty. Upon entering the hall with his entourage, he went straight to the Olubadan and they embrace each other expressing pleasantries between each other. That alone speaks volumes of the cordial relationship between the two monarchs. Later at the event, both of them were seen facing each other smiling and dancing to the melodious music of King Sunny Ade.

OTHER ROYAL FATHERS AT THE EVENT

The party saw the gathering of many traditional rulers in Yorubaland. Asides from the Olubadan and the Oluwo mentioned earlier, notable and eminent Obas at the event include; Elegushi of Ikate, Oba Saheed Ademola; Olofa of Offa, Oba Mufutau Oloyede Gbadamosi, Okikiola Esuwoye II, Olugbon of Ile Igbon, Oba Francis Olusola Alao, not leaving other high chiefs across and captains of industries in the land. Their presence at the event revealed how the host, Abisoye and siblings were loved by the Yoruba kings. They all came out to felicitate and rejoice with the Fagades at the burial party of their mum.

CELEBRITIES, AND SHOWBIZ SUPERSTARS ALL TROOPED IN TO GRACE THE EVENT

Icons from the entertainment industry at the event are the likes of Kennis Musics; Dayo Adeneye, Kenny Ogungbe, and ID Ogungbe, Kunle Afolayan, Yomi Fashlanso, Antar Laniyan, Fathia Balogun, Banky Wellington, Tayo Sobola are notable ones among the endless list of others. They all honoured the Fagades with their presence.

KSA ROCKS THE STAGE FOR 4 HOURS

King Sunny Ade with the original name, Sunday Adeniyi is a top Nigerian popular musician highly revered for his unique form of music which combines traditional Yoruba vocals and percussion with western rock and roll. The award-winning veteran music icon and former president Performing Musicians Association of Nigeria (PMAN) was on stage for about 4 hours dishing out classic music to entertain guests at the party. Meanwhile, the ageless and ever vibrant musician also sang to felicitate with each of the Fagades and their respective guests as they came out one after the other to dance to the melodies of the song of the icon.

The VEENTAGE BAND STOLE THE SHOW

Popular singing group, Veentage Band really shook the ground with a top-notch performance. They stole the show and took the party to another level after KSA had entertained the guests. This group spiced the event up with collections from both the oldies and contemporary music. This gave the guests the room to connect with the music rolled out. Many of the guests could conceal their love for classical music as they stood to dance it out. It was fun all through. The stand out performance of the Veentage band anchored by popular musician Desmond Emokiniovo aka Baba Des was the talk of the town. Even the traditional rulers’ presence joined in the vibes as they all filed out to dance and rain money on the man of the moment, Abisoye Fagade.

WHY PRIMATE AYODELE REMAINS A PROPHET NO MAN CAN RUBBISH