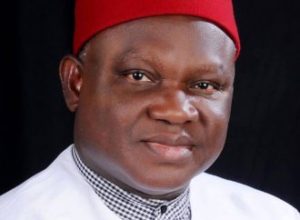 The United Progressive Party (UPP) on Tuesday in Abuja announced that its nomination form for the Nov. 18 governorship election in Anambra would cost N5 million.
The National Publicity Secretary of the party, Mr. Ogbuehi Dike, told our correspondent that each aspirant would also pay N500, 000 for “Expression of Interest Form’’.
Dike said that the sale of expression of interest form would commence on Friday, while nomination forms would be available for purchase from Monday at the party’s National Secretariat in Abuja.
He said the sale of forms would be followed by the screening of candidates for the primaries, which would hold on Aug. 19, 2017. Dike said that UPP was enjoying huge followership in Anambra, adding that the support would translate to success in the election.
“I can tell you that UPP is the party to beat come Nov. 18, 2017, in Anambra.
“It is not going to be a surprise if we win but it will be a surprise if UPP fails this Anambra election because we are the best and we are also going to present our best.
“Everything we are doing now is geared towards the Anambra elections to ensure that our primary is free, fair, credible and acceptable to our aspirants.
“So, as soon as we get our candidate, we will not rest on our oars until the Nov. 18 when we will be declared the winner of the election.’’
He urged the citizens to register and ensure that they collected their Permanent Voter Cards (PVCs) so as to participate in the election because it was their power to elect the best candidate.
“So I will advise all Anambarians to go out diligently and religiously to pick their PVCs and choose the best for themselves.
`I also advise INEC to be an unbiased umpire in the Anambra election by doing everything to make sure that it will be conclusive.
“They should conduct the free, fair, credible and acceptable election, anything short of that would discredit them ahead of 2019 general elections .’’
Dike, therefore, urged INEC to see the Anambra election as a testing ground to show to Nigerians that it was ready to give its best and produce a transparent result in the election.
Party Sells Anambra Governorship Nomination Form for N5m was last modified: July 20th, 2017 by Arinze Ago