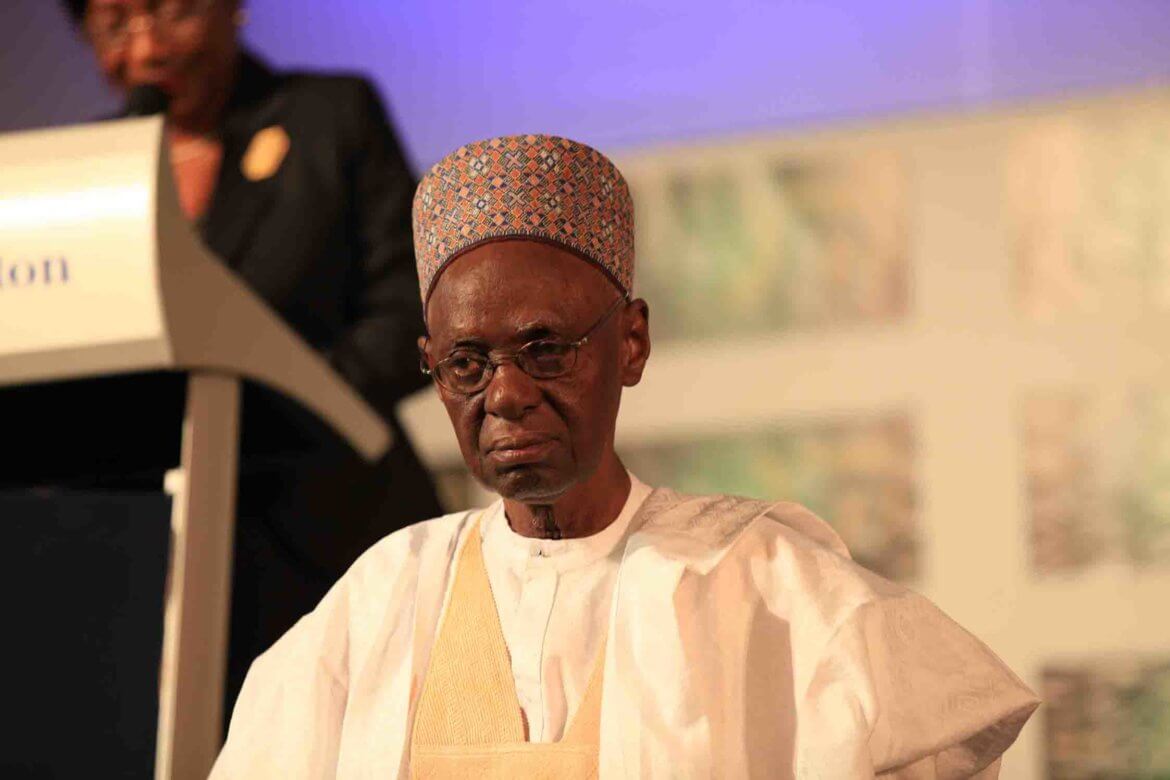 The People’s Democratic Party (PDP) has knocked PresidentMuhammadu Buhari for not attending the burial of former President Shehu Shagari in Sokoto on Saturday.

The main opposition party said Buhari’s absence at the funeral, particularly regarding Shagari’s status, as the first Executive President of the country, was unpardonable and a very wrong precedence in national protocol.

A statement on Monday by the spokesman for the PDP, Kola Ologbondiyan, said Buhari’s absence at the burial has also sent a wrong signal to the international community on the country’s national values and respect for its patriots.

The PDP noted Vice President Yemi Osinbajo was also absent at Shagari’s burial and that the Federal Government has taken no concrete steps to give a state honour to the late former President.

The party described the directive by President Buhari for the nation’s flag to fly half-mast for just three days in honour of Shagari as belated.

It also knocked the President for visiting the Shagari family in Sokoto after the burial.

“Sadly, while our beloved President Shagari was at the National Hospital Abuja, passing through his last moments on this realm, President Buhari was busy at his campaign rally in Uyo, Akwa-Ibom State, boasting of how he, as military head of state, sacked the Second Republic, arrested and locked up President Shehu Shagari and his officials, in clear violation of our nation’s constitution.

“Such disdain on our respected national figure by PresidentBuhari is completely unpresidential.

“Finally, the PDP once again condoles with the Shagari family, the government and people of Sokoto state, the National Council ofState and the entire nation for this very huge national loss”.