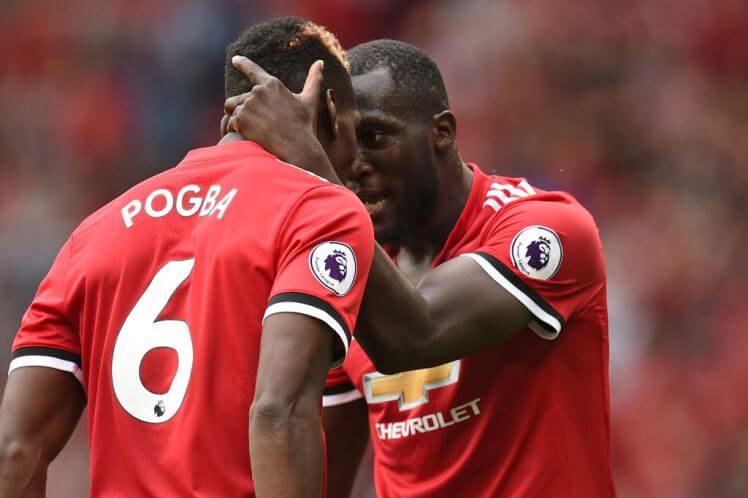 Manchester United stars Paul Pogba and Romelu Lukaku lead the way in sales of shirts in the UK, with club-mate Marcus Rashford just sneaking into the top five.

Newcastle United and Scotland star Matt Ritchie might not have broken any world transfer record, but the firm, which sponsors Newcastle’s St. James’ Park ground, claim that he is the 13th-most popular shirt name in the UK.

The highest player who is not currently playing in the Premier League is Lionel Messi in eighth, while Ronaldo and Neymar come in 15th and 18th position respectively. 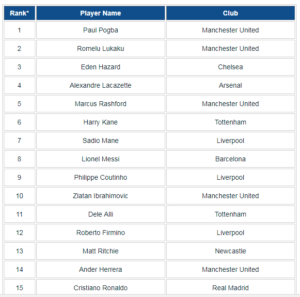 Alexis Sanchez’s contract dispute seems to have affected his popularity at Arsenal as he is ranked only 22nd by the retailer, behind Aston Villa’s John Terry, the leading Championship player, in 21st.

Alexis’ team-mate Mesut Ozil, who is also a year away from being a free agent, is ranked 20th.

SEE ALSO: “HE WILL BE BACK VERY QUICKLY TO HIS BEST” – ARSENE WENGER ON ALEXIS SANCHEZ