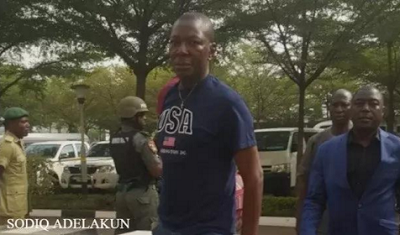 The Nigeria police on Wednesday, March 20, 2017, arraigned the national commandant of the Peace Corps, Amb. Dr. Dickson Akoh. Akoh was brought into the Federal High Court alongside other senior officers of the corps.

He was arrested over an allegation of the illegal establishment of the organization and the use of military training facilities for intended personnel of the Corps.

They were accompanied by heavily armed mobile policemen.

He’s been arraigned before Justice Gabriel Kolawole of the Federal High Court.

The police detained Akoh on Sunday, March 19, after he submitted himself for questioning at the FCT police command.

Europa League, Not Top 4 Finish Is Our Priority – Jose Mourinho