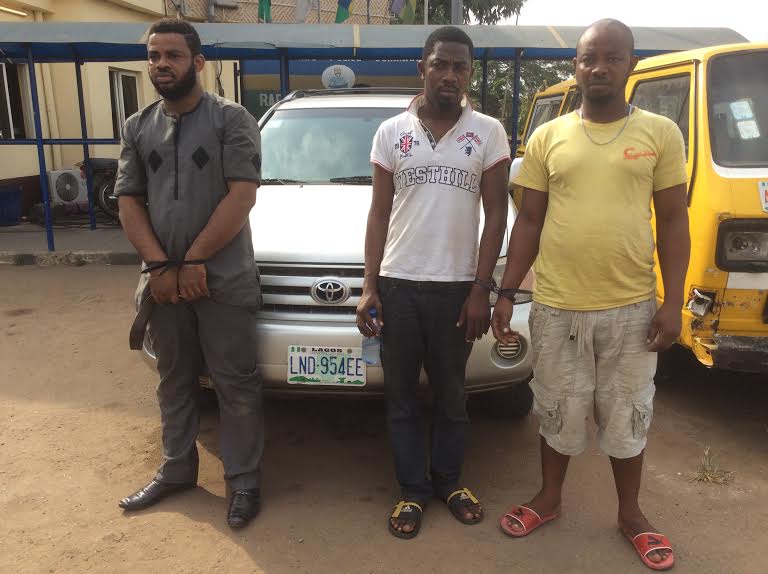 A report reaching the media says that the police have arrested seven suspects who allegedly kidnapped and murdered a 64-year-old man, Mr Ubani Onyema, after collecting N10 million ransom.

Kyari, an Assistant Commissioner of Police, said the victim, a production manager in Niger Delta Petroleum Resources Ltd., was kidnapped by gunmen in Woji area of Port Harcourt on Oct. 16.

He said that a ransom call was made to the hostage’s company demanding N100 million.

“Eventually, the ransom was negotiated down to N10 million, which was paid to the kidnappers despite not getting a proof of life.

“IRT operatives deployed to Port Harcourt by IGP Ibrahim Idris swung into action as the hostage was not released after the ransom was paid as negotiated and agreed.

“Unrelenting follow up by the IRT eventually led to the arrest of seven of the kidnappers. Suspects confessed to various roles each played in the kidnap.

“They admitted that the victim died on the very day of his kidnap as a result of gunshot wounds he sustained during the incident.

“They still went ahead to collect a ransom of N10 million,” Kyari said.

He said that the arrested suspects, including the gang leader, allegedly confessed to the crime.

According to him, the gang leader organised the kidnap and recruited the hostage keepers who brought the two cars used while his deputy purchased the pre-registered SIM used in negotiating and picking up the ransom.

Among the kidnap masterminds were three men who worked in the same company with the victim and a cultist who provided the arms.

“Items recovered from the gang include one AK-47 rifle and two vehicles used in the kidnap.

“Effort is ongoing to arrest other fleeing gang members, recover arms and the body of the victim which they confessed to have dumped into a river,” Kyari said.