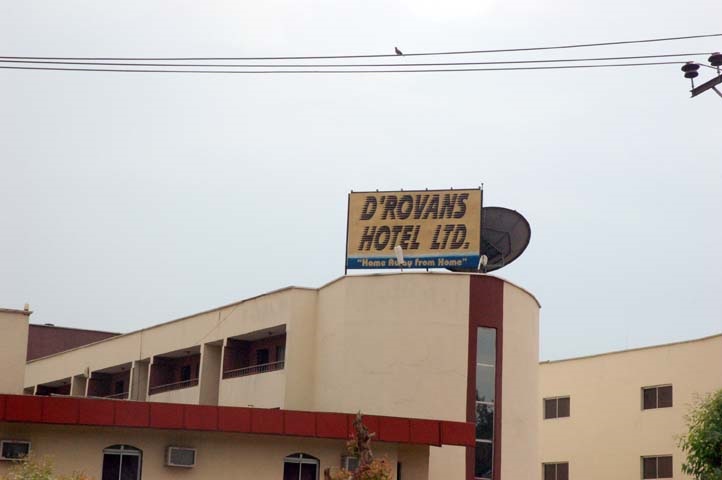 As you read this, the popular Ibadan hotel, Wallan Hotel (formerly D-Rovans) has being sold off by the family of late Chief Francis Aiyegbeni. The transaction, we exclusively gathered, is running into hundreds of millions of naira. This sale is coming after the taking over of the property, which houses Wallan Hotel (Formerly D-Rovans) gym, event hall (Wallan Hall); lock up shops and other facilities, by the Asset Management Corporation of  Nigeria (AMCON).

AMCON took over the hotel sometimes in November 2017, over an unpaid debt. Though the volume of the said debt couldn’t be ascertained, the figure being bandied is in the range of N 46 million.

Those privy to some information have hinted that children of the late hotelier had to take the decision of selling the property in order to offset their debt and also to sort some other family issues.

We also gathered that sale of the property comes with some understanding its name (Wallan Hotel) remains and some of the sections of the hotel named after late Chief Francis Aiyegbeni will be retained. The hall and boxing court will also be spared. All these were to be parts of agreement contained in the transaction.

So, according to what we gathered, the hotel and indeed the entire property is going to experience a total face-lifting and general overhauling anytime from now. In fact, many management and consulting firms are said to be jostling to get the job of managing the hotel already. Proposals have started flowinng from every corner, according to an inside source. D-Rovans Hotel in its hey days was one of the hottest hotels in Ibadan; in fact, the most popular after Premier Hotel. Chief Francis Aiyegbeni, in those days, was an institution in both the entertainment and hospitality sectors. He was a singer, a boxer and businessman of note. He was rich and famous with properties scattered all over Ibadan.

Back in the 1990s, King Wasiu Ayinde Marshal played there every last Friday of the month while on other days, the Rovans Band, sometimes led by Chief Aiyegbeni himself treated guests to good music. Virtually all the prominent high life singers, at one point or the other, played at D-Rovans. Not to talk of the Wallan Hall section of the business, which played host to major events and movie premiers back then. In the ’90s, if you have not gone to D-Rovans either to watch films or to swim or to club on Fridays, then you can never be recognised as a happening girl or guy. It was a hub of entertainment in Ibadan and top socialites from across the South-West and beyond used to party and socialise there.

But now that the management of the hotel is about to change, expectations of those who had gotten wind of the deal is to see a new D-Rovans. And whether the hotel can really bounce back to reckoning in the entertainment and hospitality sectors like it used to be, is the question everyone is hoping to get an answer to. But, hopefully soon, time will tell.