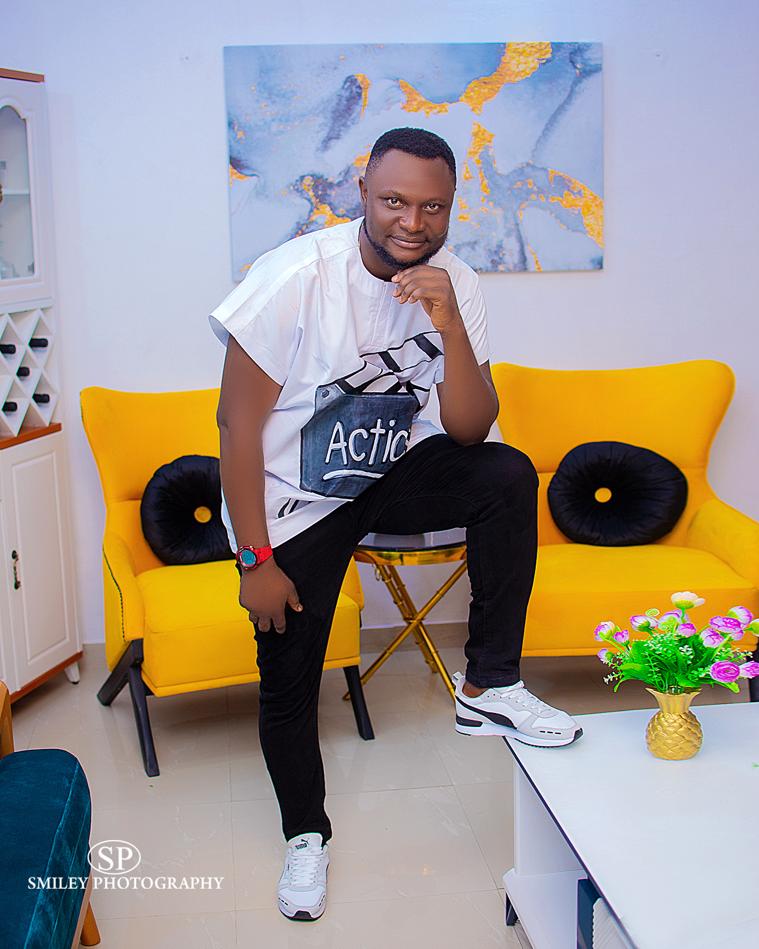 Popular Actor and filmmaker, Olu Micheals, has his hands on many things. Aside from being an entertainer, he is also the Chief Executive Officer of Forbes Global Project, a travel and tourism agency that is known for its money-back guarantee.

He perfectly combines entertainment and business and delivers optimally on both endeavours,

He once told newsmen that it has not been easy but because movies have been his passion since childhood, he found a way.

Even though he could not venture into moviemaking for more than 30 years, he has successfully produced over 15 movies.

The latest news coming fresh from citypeople is fact that he has just opened a film house in the heart of Opebi.

Speaking to Citypeople Head of TV Sunday Adigun, he said he was inspired to build the film house after seeing the troubles actors go through moving from one location to the other.

“It’s my best friend, Biodun Stephen that inspires me to invest in it. She has something like this as well. A beautiful edifice where you can get many things done without having to move from one place to another. Since I came into the industry, I realised that shooting movie has always been very hectic, moving from different locations, travelling up and down for the actors, especially for the crew.

“I always feel sorry for them, packing up from this place, going to another location then setting up again, it’s a tremendous job they are doing. I saw it for the first time when Biodun Stephen was directing my movie, and I said wow, this is very good, we don’t have to go to different places, shooting everything under one roof. So I decided to do the same.

“We have proper prison yard in it. We also have a bar. We have restaurant, we have hospital, fully equipped hospital. We have the police station, we have DPO Office. We have up to 6 Bedroom where you can house your guests as well. We have offices you can use for everything you want and very lovely sitting room.” He said.

More Trouble For RIVERS APC Over Who...