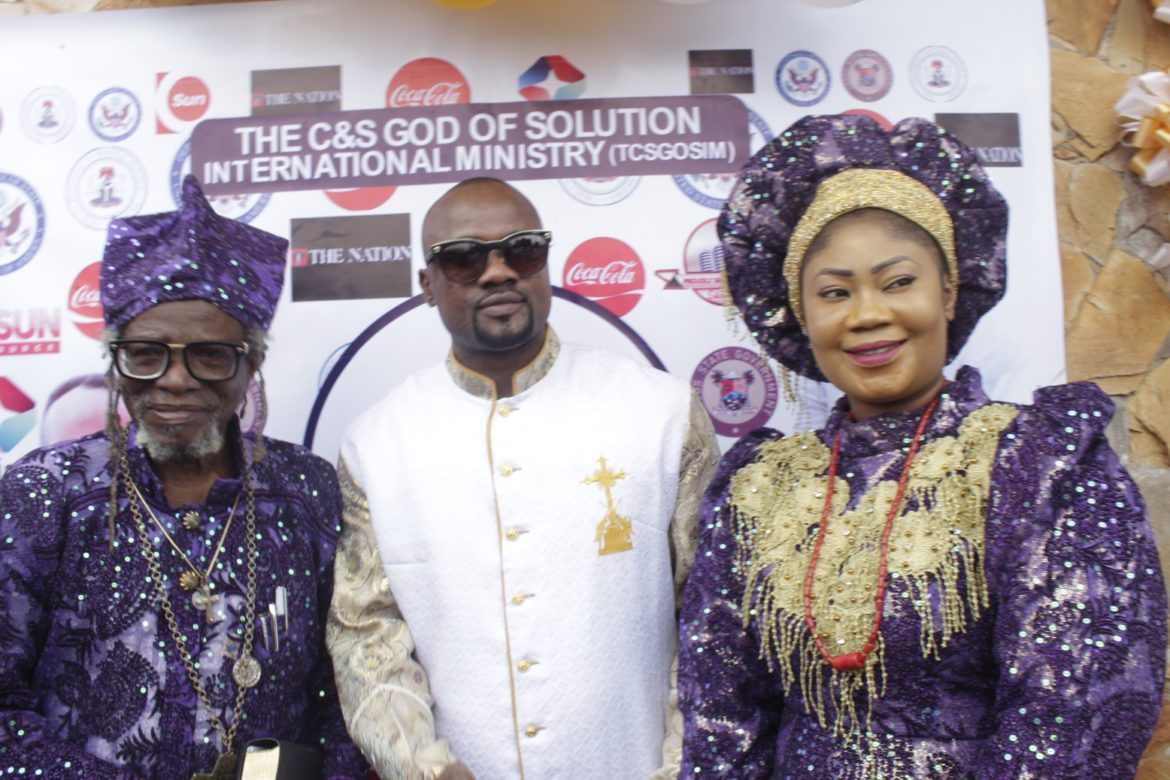 There was celebration and praises to God, on the 8th of August, 2021, as The Cherubim and Seraphim, Baruwa, Hall of Solution was officially launched and dedicated to God for worship.

The expansive auditorium of the Cherubim and Seraphim church was filled to capacity as worshippers and guests travelled from far and near to be a part of the celebration.

The well-equipped church is the brainchild of the man of God, Prophet Ebenezer Fashade, who out of his generosity took it upon himself to go by the gesture of the biblical king Solomon by building a huge Cathedral for God’s worship.

In his sermon at the dedication service of the new church, Prophet Fashade says that for giving back to the Lord, a most deserving gift. He said it was one thing to be rich, it is another thing for a rich man to know that every good gift comes from the Lord.

The Pastor chose to build a house for the Lord in recognition of all that God has done for him.

While quoting from the Bible, the cleric advised that it is better to work in the house of the Lord than to be found in the camp of the wicked.

He noted that for people like of Prophet Fashade , God will always remember them every step of the way as they have also factor God into their thinking.

A major highlight of the church dedication and thanksgiving service was the short remark made by the special guest of honour, Kabiyesi Oba Moses Ayinde Adetunji Olaleye, the Onilogbo of Ilogbo-Eremi in which he congratulated the church for the new building.

He said building a church for the Lord is a huge challenge and he is impressed that the man of God took up this huge challenge. He noted that of all the things that a man can do for God, building him a house of worship is the most demanding in terms of cost and expenses and such a gesture of faith has its appropriate reward.

In a chat with Citypeople, Pastor Ebenezer was full of appreciation the successful construction of the new church, noting that the church will further strengthen the congregation’ dedication to God’s service.

He said building the church was a vision, later a mission, but now accomplished. While thanking God for the success of the dedication, said “life is about experiences but with God nothing is impossible. We have had many experiences but God has always been there for us. Today, this same God has given us the grace for this moment.”

He appreciated all the dignitaries who had come to share in the joy of the church dedication. He particularly thanked the royal father for taking time out of his busy schedule to be at the event. Prophet Ebenezer said the dream of building the church started many years back but for one reason or the other, its fulfillment could not be achieved until now. “God has destined me to put this in place at this time no matter the hardship on the land. It has been my pledge to my creator to build a befitting sanctuary for him for all he has done for me when believe all hope was lost.