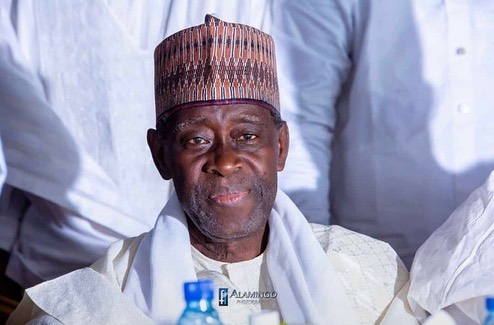 As you are reading this, all is set for the burial of one of Lagos Muslim Scholar and Sheik, Sheik Sidiq Onikijipa. The popular Muslim sheik who was the elder brother of Sheik Farouk Onikijipa died in the early hours of, Tuesday, May 26, 2020 after brief illness.

The Onikijipa’s brothers of Ilorin are 3 and they are all popular Muslims clerics in Nigeria, though Sheik Farouk is the most-prominent of them all.

The death of Sheik Sidiq who is Farouk Onikijipa’s brother came as a rude shock to many of them, as they have all trooped to Sidiq Onikijipa’s residence to pay their final respect and bury him according to Islamic rite.

The news of his death was historical in Ilorin. It was also said that something happened which signify that a waliy has left the land.

Popular Sheik, Onikijipa Is Dead was last modified: May 26th, 2020 by Abiola Orisile