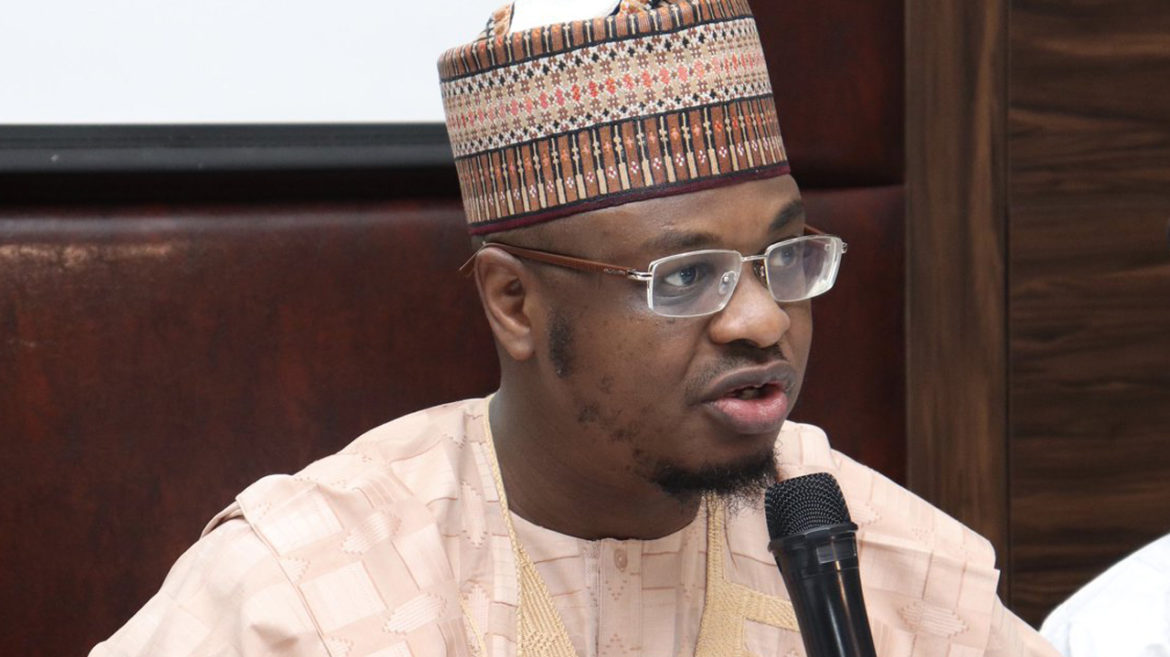 The presidency has broken its silence on the controversy surrounding Isa Pantami, minister of communications and digital economy, as it relates to the latter’s past views supporting terror groups.

Garba Shehu, presidential spokesman, said the Buhari administration stands by the minister, alleging that information and communications technology (ICT) companies are the ones behind calls for his removal.

Many Nigerians and groups have been asking President Muhammadu Buhari to sack Pantami after videos from the 2000s resurfaced wherein the minister was seen supporting Al-Qaeda and the Taliban.

Pantami has, however, recanted his past views on the terror groups, saying his position at the time was based on his understanding as a teenager.

That notwithstanding, Nigerians have continued to demand for his sack, arguing that he occupies a sensitive government position.

But in a statement on Thursday, Shehu described the controversy as a “cancel campaign” targeted at Pantami.

The presidential spokesman said those who want Pantami out of office are the enemies he has made in office who have no grievances about his extremist views.

He said: “The Minister of Communications and Digital Economy, Dr Isa Ali Ibrahim Pantami is, currently, subject to a “cancel campaign” instigated by those who seek his removal. They do not really care what he may or may not have said some 20 years ago: that is merely the instrument they are using to attempt to “cancel” him. But they will profit should he be stopped from making decisions that improve the lives of everyday Nigerians.

“The Minister has, rightly, apologized for what he said in the early 2000s. The views were absolutely unacceptable then, and would be equally unacceptable today, were he to repeat them. But he will not repeat them – for he has publicly and permanently condemned his earlier utterances as wrong.

”In the 2000s, the Minister was a man in his twenties; next year he will be 50. Time has passed, and people and their opinions – often rightly – change.

”But all discerning Nigerians know this manufactured dispute is nothing to do with the Minister’s prior words, but solely concern his actions in the present.

”This Administration is committed to improving the lives of all Nigerians – and that includes ensuring they are not over-charged or under-protected for those services on which modern life depends.”

He lauded the minister for driving the contribution of the information and communication technology (ICT) sector to the country’s gross domestic product (GDP) to “more than 18 percent” in two years in office.

“In putting people first, the Minister and this administration have made enemies. There are those in the opposition who see success and want it halted by any means.

“And there is now well-reported information that alleges newspaper editors rebuffed an attempt to financially induce them to run a smear campaign against the minister by some ICT companies, many of which do indeed stand to lose financially through lower prices and greater consumer protections.

“The government is now investigating the veracity behind these claims of attempted inducement, and – should they be found to hold credence – police and judicial action must be expected.

“The Administration stands behind Minister Pantami and all Nigerian citizens to ensure they receive fair treatment, fair prices, and fair protection in ICT services.”