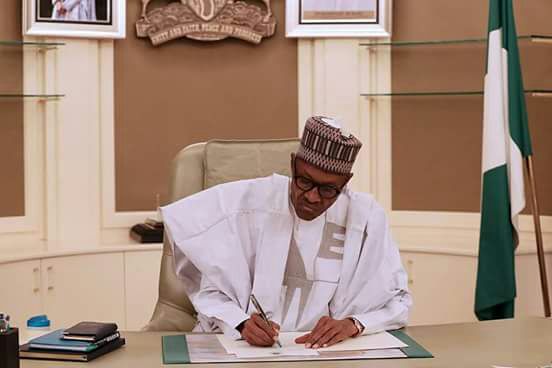 President Buhari has forwarded the names of two new ministerial nominees to the Senate for confirmation. According to presidential sources, the two nominees are from Kogi and Gombe state.

The nominee from Gombe state is to fill the position of immediate past Minister of Environment, Amina Mohammed who has moved on to become the Deputy Secretary General of the United Nation while the one from Kogi is to fill up the vacant position of former Minister of State for Labour, James Ocholi who died in a fatal accident on March 6th 2016.
Whether or not the screening and confirmation of the new ministerial nominees would be done immediately is unknown as the senate and the presidency appears to be having a faceoff now.
Just yesterday, the senate suspended the screening and confirmation of 27 Resident Electoral Commissioners sent in by President Buhari. The suspension according to the senators, is in protest of President Buhari’s refusal to sack acting EFCC chairman, Ibrahim Magu, who they rejected last week