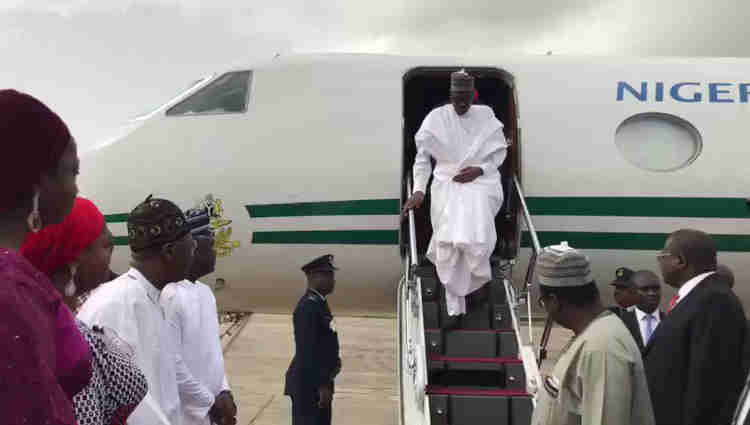 President Muhammadu Buhari may not return to the country on Sunday, May 5 as scheduled, due to health complications.

Inside sources in the Presidency who spoke with SaharaReporters said there is a high likelihood of the President extending his stay on the orders of his doctors.

President Muhammadu Buhari had travelled to the United Kingdom on April 25 for what the presidency described as a “private visit”.

Shortly after his announcement, Buhari’s departure sparked a constitutional debate over his refusal to notify the National Assembly of his planned absence and hand over to Vice President Yemi Osinbajo.

In 2016, he had handed over to Vice-President Yemi Osinbajo after notifying the Senate of his 10-day visit to the United Kingdom where he claimed he would be seeing an Ear, Nose and Throat specialist over a persistent ear infection.

By refusing to hand over to the Vice President, Buhari breached Section 145 (1) and (2) of the Constitution of the Federal Republic of Nigeria, 1999 (as amended) which states that:

President Buhari Likely To Extend UK Trip Beyond May 5 For Health Reasons was last modified: May 3rd, 2019 by Damilare Salami