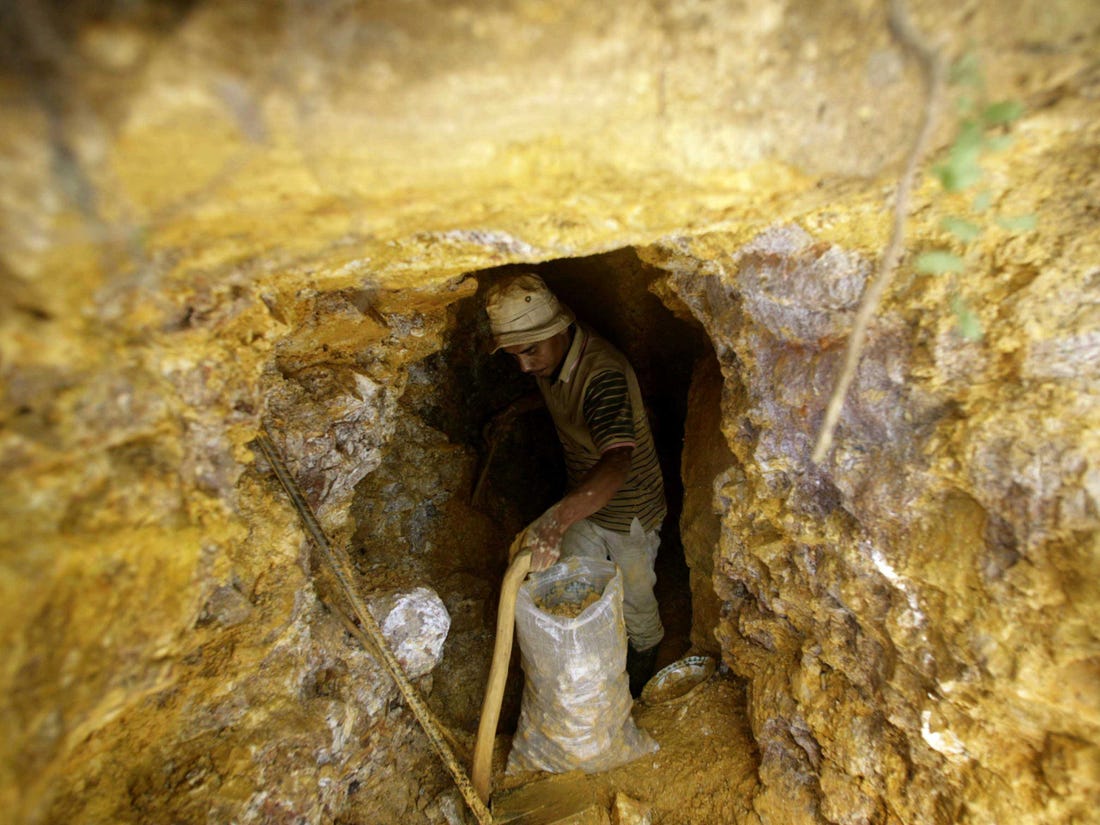 In a statement on Thursday, Femi Adesina, presidential spokesman, Buhari made the statement when he was presented with locally mined gold bars by the Presidential Artisanal Gold Mining Development Initiative (PAGMDI).

The president said his administration will combat illegal mining, citing reports that the country lost $3 billion between 2012 and 2018 over the practice.

According to him, gold mining will diversify the country’s revenue base and foreign reserves

“These developments will also help in improving our foreign reserves by enabling the Central Bank of Nigeria to increase the amount of gold in its reserves,” he said.

“These gold assets which will be purchased in naira, will not only help to bolster our international reserves, it will also provide a hedge against inflation and other economic volatilities associated with foreign currencies that are held in our reserves.

“In responding to this challenge, it is therefore paramount that we strengthen our efforts at implementing policies and programs that will enable greater diversification of the Nigerian economy.

“Enabling investment in the Solid Mineral sector, is a key part of the government’s economic diversification program.

“Given our current estimated gold reserves of over 200m ounces, most of which have not been exploited, developing sustainable programmes that will catalyse increased investment in the extraction and refining of gold sourced from mines in Nigeria, is indeed vital.”

The president said the government will pay close attention to protecting workers and the environment.

A number of foreign nationals have been arrested for illegal mining in the country.

TheCable had reported how Chinese miners were polluting the water supply of some residents of the federal capital territory (FCT) with the protection of the police.