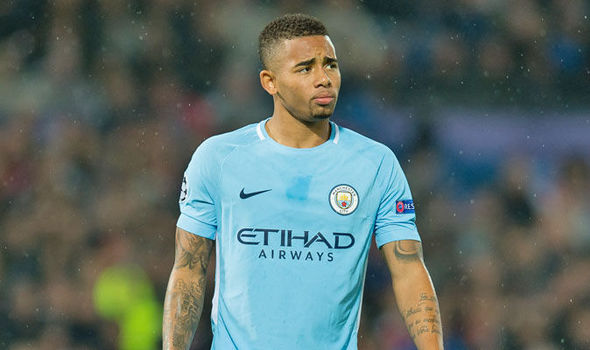 Now into his fourth season at Manchester City, Gabriel Jesus admits he’s growing impatient having to wait for his chance to play regularly for the club.

Still seen as back up to Sergio Aguero, the 22-year-old striker has started for Pep Guardiola’s side just twice in all competitions this season but still has two goals to his name.

After arriving at the Etihad in 2016, Jesus feels his time to push for more minutes has come, though admits Aguero won’t be an easy man to dethrone.

“I’m over the ‘I have to wait’ phase. I’ve been here for almost three years, it’s my fourth season, and that makes me want to play more,” Jesus told Esporte Interativo.

“Obviously it’s very hard to compete for a place with Aguero, the biggest legend of this club…I do understand Pep’s decisions and respect Sergio, his history here and what he’s doing now.

“Personally, last season was very hard. I didn’t get the chance to play in many games and many important games.

“I remember the Tottenham match at home in the Champions League. I was very frustrated about not playing and, of course, City being knocked out.

“It does hurt when you don’t get chances in important games so I was disappointed at the end of last season. I think that’s normal and I’ve never been unprofessional about it.

“I was very upset but I did understand. I kept my mind in the right place and finished the season playing a [FA Cup] final and scoring twice.”

ISAT TAKES THE LEAD IN ISP INDUSTRY IN NIGERIA