Home Entertainment R. Kelly has brought so much pain to so many people” – John Legend speaks out In new documentary
Entertainment 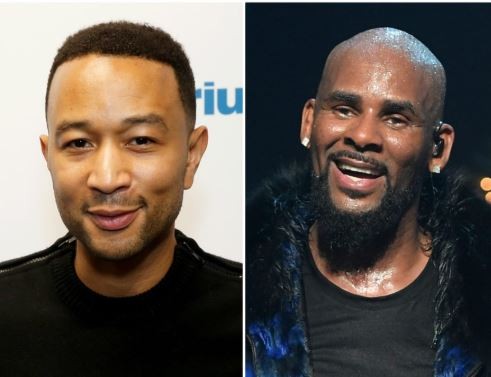 John Legend is one of the few stars speaking out in Lifetime’s new documentary titled Surviving R. Kelly.

The shocking 6-part docuseries features wide-ranging interviews with R. Kelly’s family members, former friends and colleagues, but most notably, women who claim that for decades the hit-making singer and producer used his power and influence to sexually and physically abuse women and young girls.

“R. Kelly has brought so much pain to so many people” Legend, 40, said during an interview for the documentary. Legend has openly supported women’s right’s organization Time’s Up and the #MuteRKelly boycott.

Throughout the documentary Legend shares reflections on Kelly throughout the years. Recalling the singer’s biggest hit off of the 1996 Space Jam soundtrack, Legend says “‘I Believe I Can Fly’ is a powerful song and it inspired a lot of people. It was just massive.”

Legend is the only major performer speaking out in the documentary but he is not the only prominent figure who takes part. Wendy Williams is interviewed along with founder of the #MeToo movement Tarana Burke and popular radio hosts Charlamagne Tha God and Tom Joyner. Chance the Rapper also makes a brief appearance, voicing regret for working with Kelly amid the recent allegations.

R. Kelly has brought so much pain to so many people” – John Legend speaks out In new documentary was last modified: January 4th, 2019 by Igbokwe John