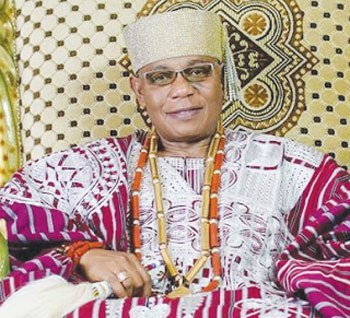 Following the high rate of rape cases being recorded in the country, the Deji of Akure kingdom, Oba Ogunlade Aladetoyinbo has advocated the use of traditional means to punish those found culpable to have committed the crime.

The monarch explained that suspected rapists who denied engaging in the act should be taken to the palace to swear with ancestral water, before being charged to court by the police.

Oba Aladetoyinbo, who spoke at his palace during a walk-against-rape awareness programme, which was organised by the wife of Ondo state governor, Mrs Betty Anyanwu-Akeredolu, lauded the initiative as he stressed that it will further enhance the fight against the menace.

He said, “These suspected rapists should be brought to the palace to take ancestral water to swear if they are involved in the act or not, before taking them to police station or court for prosecution.

“We want to commend Her Excellency, Arabirin (Ondo governor’s wife), mama digital, for leading the campaign against rape cases that is rampant in our society nowadays.

“All of us must support her to stamp out the ugly trend to save the future of children and women.”

While speaking, the Wife of the Ondo state governor, Mrs Betty Anyanwu-Akeredolu emphasised that enforcement of stiffer penalties against rapists will go a long way in curbing the rampant high rate of rape cases.

The governor’s wife, who spoke during the “walk against rape” awareness programme, stated that there should be concerted efforts to fight against rape in society.

Mrs Anyanwu-Akeredolu, who was represented by the state commissioner for women affairs and social development, Mrs Titilola Adeyemi, said the spate of rape is worrisome.

“We can’t allow recent rape of minor in Owo and Irele to happen again. We need to use this walk to express our sadness over increasing rate of rape cases. Her Excellency is so sad over rape cases and determines to end it in Ondo state,” she said.

Rape Suspects should swear by ‘ancestral water’ before heading to court – Deji of Akure was last modified: July 25th, 2019 by Reporter