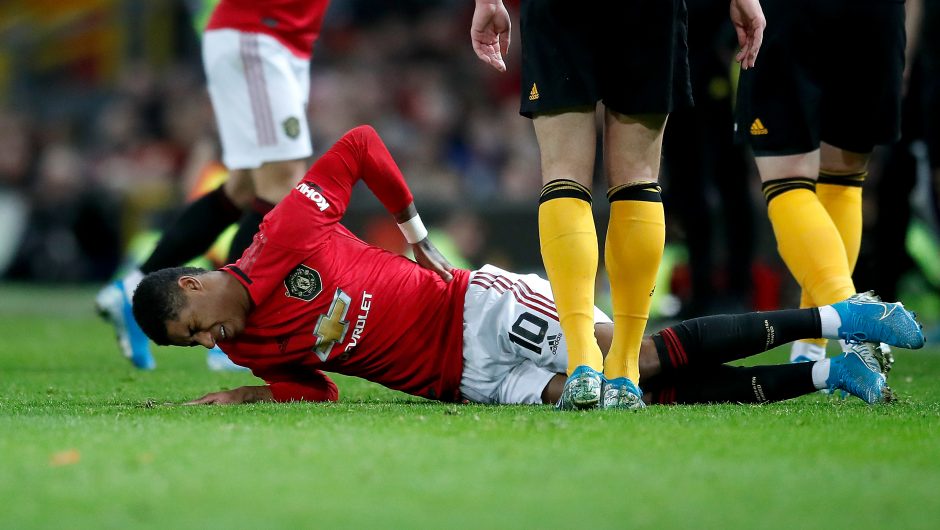 Manchester United manager Ole Gunnar Solskjaer said his decision to play Marcus Rashford “backfired” after the striker went off with a back injury.

Rashford, 22, was replaced in the 80th minute after he had been on the pitch for 16 minutes as United beat Wolves 1-0 in their FA Cup third-round replay.

The England international has scored 22 goals for club and country this season.

Solskjaer, whose side play away at Premier League leaders Liverpool on Sunday, said Rashford “couldn’t run”.

“He’ll be tested in the next few days – we have to see for Sunday,” added the Norwegian.

“I didn’t want to play him. I think he got a knock, a knee or something, in his back, but he’s been struggling for a little while.

“That’s why we’ve kept him away [from starting against Wolves], but we needed the win.”

Asked if the decision to play Rashford backfired, Solskjaer replied: “He was involved in the goal, so that was a positive, but it backfired.

“He’s a quick healer and he’ll play through some pain, definitely, if he’s capable and it’s not a bad, bad injury, but we’ve seen that he’s struggled lately.

“But that’s been more when he’s been tired. He wasn’t on long enough to be tired so it might be something that just happened there and then.

“He’s been absolutely top this season so we’ll do anything and everything we can to get him fit for Sunday. If he’s not, then we’ll play without him.”

Rashford has featured in 13 matches – starting 11 of them – since the beginning of December, scoring nine goals in that period.

United will now play either Watford or League One side Tranmere away from home in the fourth round of the FA Cup on 26 January.

Solskjaer’s side are also fifth in the Premier League, in the last 32 of the Europa League and trail Manchester City 3-1 after the opening leg of their Carabao Cup semi-final.