Home News Read: What Genesis Pastor did to the lady who sent him to Prison
News

Read: What Genesis Pastor did to the lady who sent him to Prison 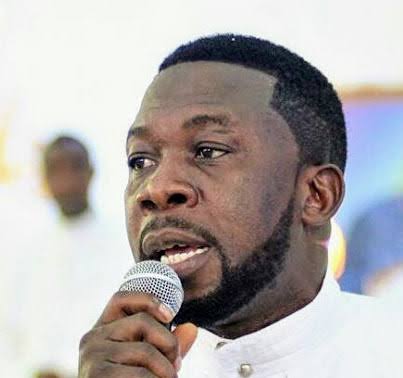 He is popularly known as Genesis but his name is Pastor Isreal Oladele Ogundipe, Founder, Genesis Global Parish Church. It is a Celestial church, but he’s more love among all his contemporaries simply because he is young, modern, energetic, and he is in vogue with the current happenings in the society.

About 6 months ago, he was sentenced to prison in Kirikiri over a property matter that involved a UK lady, Laide Williams and a lot of his church members and friends were disappointed.

A few weeks back, he was released and he had a heroic reception.

While speaking at his church, the man of God says he would not blame anybody for what happened.

He began with the thanks ” I want to say thank you to the High Court Judge who helped me to fulfil my purpose in life. I want to say thank you to the prosecutor. Ladies and Gentlemen, what I went through has been on the ground over 11-12 years. When I went into the wilderness over an issue of 11-12 years ago, what I did when I got into the wilderness was to kneel down and I prayed for Laide Williams and I said God, I want to bless God on her life wherever she is and you know why? Have been telling you all these while that nobody should curse or abuse her because the first deposit that was paid for this church land, that made Genesis to be known worldwide, she made the deposit and that’s 1 million naira.  You don’t need to curse her or swear for her. Instead, let’s pray for them because they are to build us, train us. So why would I curse her?

Read: What Genesis Pastor did to the lady who sent him to Prison was last modified: April 18th, 2021 by Isaac Abimbade