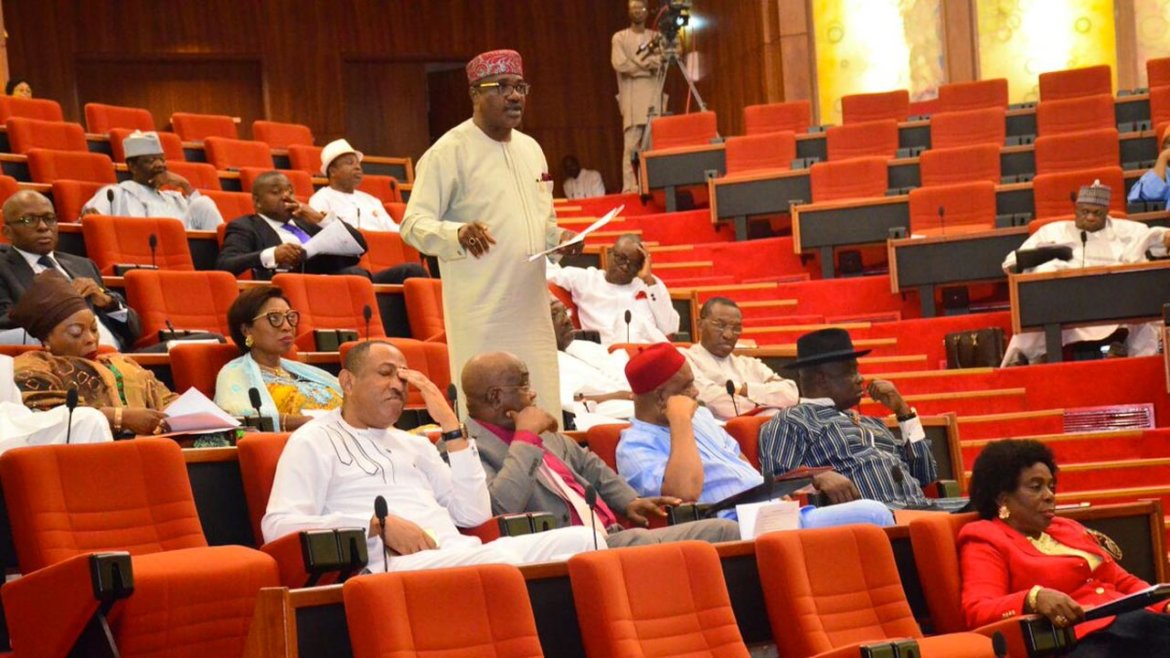 The Senate has confirmed of 45 persons as non-career ambassadors following their nominations by President Muhammadu Buhari.

The decisions followed the report presented by Monsurat Sunmonu, APC-Oyo, chairperson of the committee on foreign affairs, which had screened the 47 nominees.

In line with the recommendation of the committee, the Senate rejected the nominations of Sylvanus Nsofor, a retried judge, from Imo State; and Jacob Daudu, from Ondo State.

Mr. Nsofor, during his screening, refused to recite the national anthem and questioned the Senators’ reason for asking him for the recital.

According to Mrs. Sunmonu, he pushed back a question on his suitability for the job of an envoy in view of his age.

Mrs. Sunmonu quoted the nominee as saying the Senate should ask Zimbabwe’s Robert Mugabe how he was leading his country despite his very advanced age.

Mr. Daodu was said to have been dropped because of a negative report from the State Security Service that indicted for corruption.

Apart from Messrs Nsofor and Daodu, the other 45 nominees were cleared and confirmed by the Senate