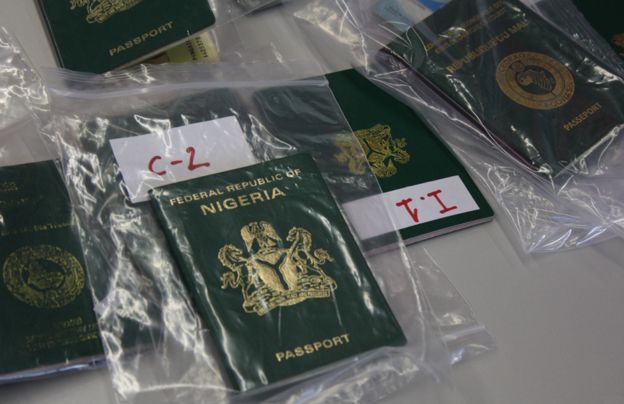 A joint survey by some national and United Nations agencies have concluded that Nigerians paid bribes amounting to N400 billion or $4.6 billion in the 12 months between 2015 and 2016 to public officials across 36 states and Federal Capital Territory (FCT).

The National Corruption Report titled, “Bribery: public experience and response 2017” jointly coordinated by National Bureau of Statistics (NBS) and United Nations Office of Drug and Crime (UNODC) disclosed that “almost a third of Nigerian adults (32.3 per cent) who had contact with a public official between June 2015 and May 2016 had to pay, or were requested to pay, a bribe to that public official.”

According to the survey, bribe-payers in Nigeria pay an average of some six bribes in one year, or roughly one bribe every two months whole on average, almost one bribe is paid by every adult Nigerian per year.

“By combining the total number of people who paid a bribe to a public official with the frequency of those payments, it is estimated that a total of roughly 82.3 million bribes were paid in Nigeria in the 12 months prior to the survey.

“This results in an average of 0.93 bribes paid per adult, or almost one bribe paid by every adult Nigerian per year.

“Taking into account the fact that nine out of every ten bribes paid to public officials in Nigeria are paid in cash and the size of the payments made, it is estimated that the total amount of bribes paid to public officials in Nigeria in the 12 months prior to the survey was around 400 billion Nigerian Naira (NGN), the equivalent of $4.6 billion in purchasing power parity (PPP). This sum is equivalent to 39 per cent of the combined federal and state education budgets in 2016.”

“Since bribe-payers in Nigeria pay an average of 5.8 bribes over the course of one year, 92 per cent of which are paid in cash, they spend an average of NGN 28,200 annually on cash bribes ― equivalent to 12.5 per cent of the annual average salary.”

After the high cost of living and unemployment, the report says Nigerians consider corruption to be the third most important problem facing their country, well ahead of the state of the country’s infrastructure and health service.

However, public sector bribery is not the only form of corruption affecting Nigeria as the prevalence of bribery in relation to selected employees of private companies is 5.5 per cent, meaning that bribery is also significant in the private sector in Nigeria.

The survey also noted that police officers receive bribes the most, prosecutors come in second at 33 per cent, and they are closely followed by judges and magistrates, at 31.5 per cent.

“The survey indicates that among those households with a member who applied for a post and was actually recruited into the public administration, more than 15 per cent admitted to the payment of a bribe to facilitate their recruitment.

It was equally discovered that more men paid bribes than women but it would appear that young adults are more vulnerable to bribery than other age groups.

Also, out of every 100 people who paid a bribe every time it was requested, 20 refused to do so on at least one occasion

Meet The High Flying Women in The...