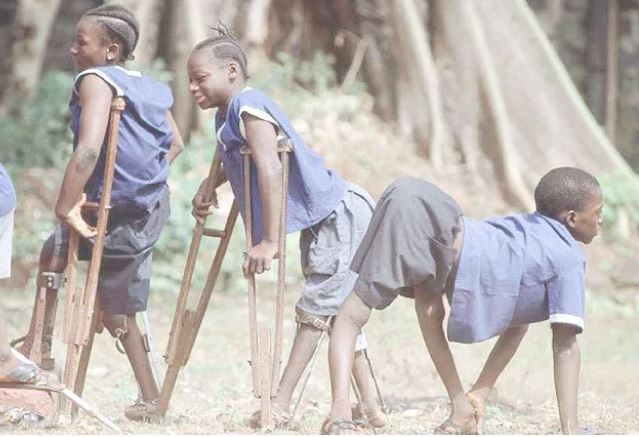 The World Health Organisation (WHO) says it recorded more than 90 per cent decrease in polio outbreak in Africa in 2012.
Its Plateau State Coordinator, Basi Wadzin, said this during the polio vaccine administration to children at the Primary Health Care Centre in Jos North Local Government organised by Rotary Club, District 9125.
He said that globally, 350,000 to 1,000 cases of polio outbreaks were recorded annually in the 80s.
The official said Nigeria was almost certified polio free after more than two years until its outbreak in 2016 in some areas of Borno State.
“We are hoping that at the end of 2019, Nigeria and Africa will be certified polio-free and we would be able to reach inaccessible areas in the country.
“We hope to reach every child with efforts from government and other donors and partners.
“However, Polio vaccination cannot reach everywhere because of security challenges and other factors, but we believe with the effort of security agencies, we are working towards reaching everywhere,” he said.
Ibrahim Umar, a Rotary Club Polio Ambassador, said that 1,400 immunisation non-compliant case level was recorded in Bauchi in 2012, but had drastically reduced.
Mr. Umar, who is a survivor in Bauchi, attributed the reduction to intensive sensitisation and social mobilisation through community meetings with religious and traditional leaders on implications of non-compliance.
Tolu Omatsola, a former District Governor, Rotary Club of District 9125 in Jos, said Rotary was engaging media organisations to sensitise and sustain its campaign on polio.
He said the club’s target was to immunise more than 200 children during the exercise as part of activities to mark World Polio Day celebrated annually on 24th October.
Kamshak Kuden, the Plateau Commissioner of Health, said that the state government would support Rotary Club and other partners on the eradication of Polio.
The News Agency of Nigeria (NAN) reports that Rotary Club in Jos also organised a five-kilometre walk to create awareness on polio immunisation and its implications.
WHO Records 90% Drop in Polio Cases – Official was last modified: October 26th, 2017 by Arinze Ago