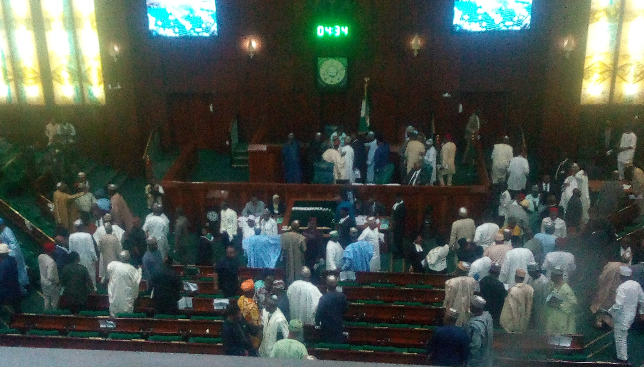 Following the confirmation of new cases of coronavirus in the country, the House of Representatives has told the Federal Government to ban all religious gatherings to curb its spread.

While a plea for the federal government to shut all schools for two weeks and to ban all foreign airlines from entering Nigeria was rejected by the house, the lawmakers asked for an agreement between Nigeria and countries certified free of the disease on the mass production and supply of test kits and other infrastructure needed to tackle the virus.

The lawmakers who also directed the airport authorities across the country to put in structures that will discourage crowd gatherings, also took a decision mandating compulsory laboratory tests on all staff and members of the national assembly to ascertain their status.

The House of Representatives members stated that public institutions in Nigeria should be equipped with temperature gauge. They directed the Minister of Health to brief the House leadership on the situation on a weekly basis.

NECO set to sanction schools charging above N9,850 for registration