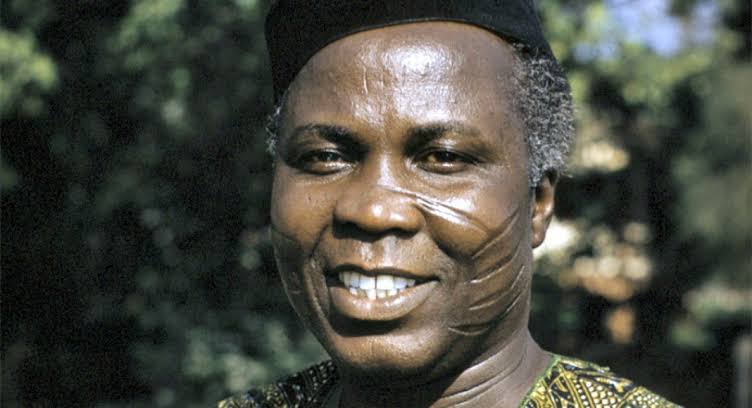 The squad of soldiers for the execution of the January 15, 1966 coup in the defunct Western region was drawn from the Garrison in Abeokuta. It was led by an Igbo captain. Their destination was Ibadan, the capital of the region. It was where the premier, members of the regional executive council worked and lived; the government secretariat and even the House of Assembly, where laws were made for the running of the government; all were in Ibadan. The purpose of the soldiers, who left their barracks on the pretext that they were going on routine security exercise armed with live bullets, was not only frightful but blood-cuddling.

In a word, they were going to Ibadan to shatter the peace, instead of providing security for the metropolis. The leader of the government, the late Chief Ladoke  Samuel  Akintola and probably his deputy, the late Chief Remi Fani-Kayode, were their major targets. The soldiers were on a dreadful mission. They were predators, while their targets, the premier and the deputy premier were the preys who had earlier been marked and scheduled for elimination.  About the same time, other units of the Nigerian army were similarly hunting for the heads of the prime minister, the late Sir Tafawa Balewa; the Minister of Finance Sir. Festus OkoTiebor in Lagos,  while the premier of the defunct Northern Region, Sir Ahmmadu Bello, the Sadauna of Sokoto also faced execution in Kaduna, the capital of the defunct Northern region in the hand of the murderous squad led by Major Kaduna Nzegwu.  The soldiers came, baying for blood.

What was their grouse?

The coup plotters levelled massive allegations of corruption on the officeholders and political leaders who had access to the treasury. The soldiers were convinced that Nigeria would never grow if most of the revenue generated went to the private pockets of those entrusted with the administration of the country. There were scandalous inflation of contracts cost to the benefit of government officials who awarded such contracts. To the soldiers, a clean sweep of the politicians was the solution. The six majors who did the hatchet job were not, however, thorough in the job. The coupists who claimed they were the personification of everything pure and unblemished regarded the massive rigging of the 1965 election that made the late chief Akintola the premier of the defunct Western Region as a provocation and gross rape of democracy. They insisted that it must not be tolerated by any person of conscience who has a strong belief in what democracy should be.

As evidence, They pointed out that it was not a surprise that the region erupted in violent protest of the rigging. The protest unleashed operation Wetie (arson and outright murder), on Akintola’s supporters. It claimed many lives and incinerated million of pounds worth of property. To the soldiers, Akintola and his supporters were the greatest cancer in the country’s democracy that must be exercised to ensure the survival of Nigeria as a corporate body.

There was no killing of political leaders in the defunct Eastern region. That was the cause of a loud grumble among soldiers who were Northerns. They felt short-changed as they were given the short end of the stick in the January 15, 1966 coup. No wonder the Northern indigenes in the military struck six months after the January coup.

On their way to Ibadan on that fateful day in the middle of the night, the coup is never carried out in broad daylight, the patrol vehicle that conveyed the soldiers to  Ibadan saw by the roadside an expectant woman, who was in labour.  In spite that they were on a blood-letting mission, the head of the squad ordered the driver to stop to render assistance to the woman in labour. He was magnanimous enough to give the woman a free ride to the hospital, where the woman was dropped before they continued their journey.

On arrival in Ibadan, they drove straight to the Electricity Corporation of Nigeria (ECN) now National Electricity Power Authority (NEPA) and later PHCN and ordered workers there to switch off the power supply and leave the premises. The whole of the city was plunged into complete darkness. They quickly drove out of the ECN premises and headed for the operational headquarters of the Post and Telegraph corporation at the Oniyanrin area of the ancient city. They walked into the office and ordered all members of staff on duty to disconnect services to all subscribers and leave the office. The workers on duty that night had no choice but to obey the order of the gun-totting soldiers whose eyes were literally emitting fire.

They drove to the deputy premier, the late Chief Remi Fani-Kayode’s residence at Iyaganku government reserved area (GRA). They quickly demobilized the policemen on guard duty and marched on the premises. They shouted, ordering Fani-Kayode to come out. At that point, a woman’s voice rang out of the house, pleading with soldiers not to kill the deputy premier. “Don’t kill him”, he is already on his way to meet you.” Just don’t kill him”. Before the woman completed the sentence, Fani-Kayode was already on the ground floor of a storey he was occupying. It was as if the woman’s voice was divine. The soldiers promptly arrested Fani-Kayode, instead of shooting him. He was ordered to board the patrol van and took them to his boss’s place that was Akintola’s residence within the GRA.

At the gate of the premier’s quarters, the soldiers jumped down from the patrol van and promptly disarmed the policemen on duty. Unlike what they had experienced at the deputy premier’s house, the blackout had been eliminated. There was no blackout. Instead, there was a powerful electric generator that gave the quarters a blazing illumination. Despite that it was midnight, electric lamps gave the premises daylight brightness. As the soldiers marched into the compound, the soldiers first went to the electric generator’s shed and blasted it. Thus putting the premises into darkness. The yard was plunged into total darkness as the captain loudly shouted: ‘Akintola come out’. There was no response, but a deadpan silence. Only the rumbling sounds from the shot and damaged generator was audible. The captain again shouted his order the second time. Regrettably in the total darkness over the premises burst of rapid sub-machine gunfire came from the first floor of the building.  The soldiers scampered in different directions for cover and safety. Two of the men were, however, badly hit. The commander observed that two of the soldiers had been killed and his eyes shone with fury.  Expectedly, the killing rose his anger and he ordered his men to return the fire. Akintola too, didn’t stop firing. He continued firing without hitting any more target. There was a pause. It appeared that Akintola stopped firing when he had exhausted all rounds of ammunition in his gun.

At that point, Fani-Kayode who had been in the patrol van came down and called on his boss, the premier, to come out, adding that the soldiers would not kill him. There was no immediate response from inside the premier’s lodge. There was a long pause as if Akintola was bidding his time. Fani-Kayode repeated the pleading, telling the premier that the soldiers would not kill him. Again, there was no response. It was, however, the death of the soldiers that infuriated the captain and ordered his men to go into the premises and bring out the reluctant premier dead or alive. The soldiers continue firing non-stop. They believed that Akintola still had ammunition in his gun and was only bidding his time for the right time to attack. The soldiers went inside the building, firing on every locked door. By the time they came in contact with the premier, it was too late to do anything to protect his life. Akintola went down in a hail of bullets, dead.

There were those who believed that Akintola would not have been killed if his deputy, Fani-Kayode did not come with the soldiers to plead with him to come out. There were also those who disagreed with that position. They pointed out that with the killing of the two soldiers, there was nothing stopping the death of the premier that day.